Christmas mass at the main cathedral was amazing and hilarious. 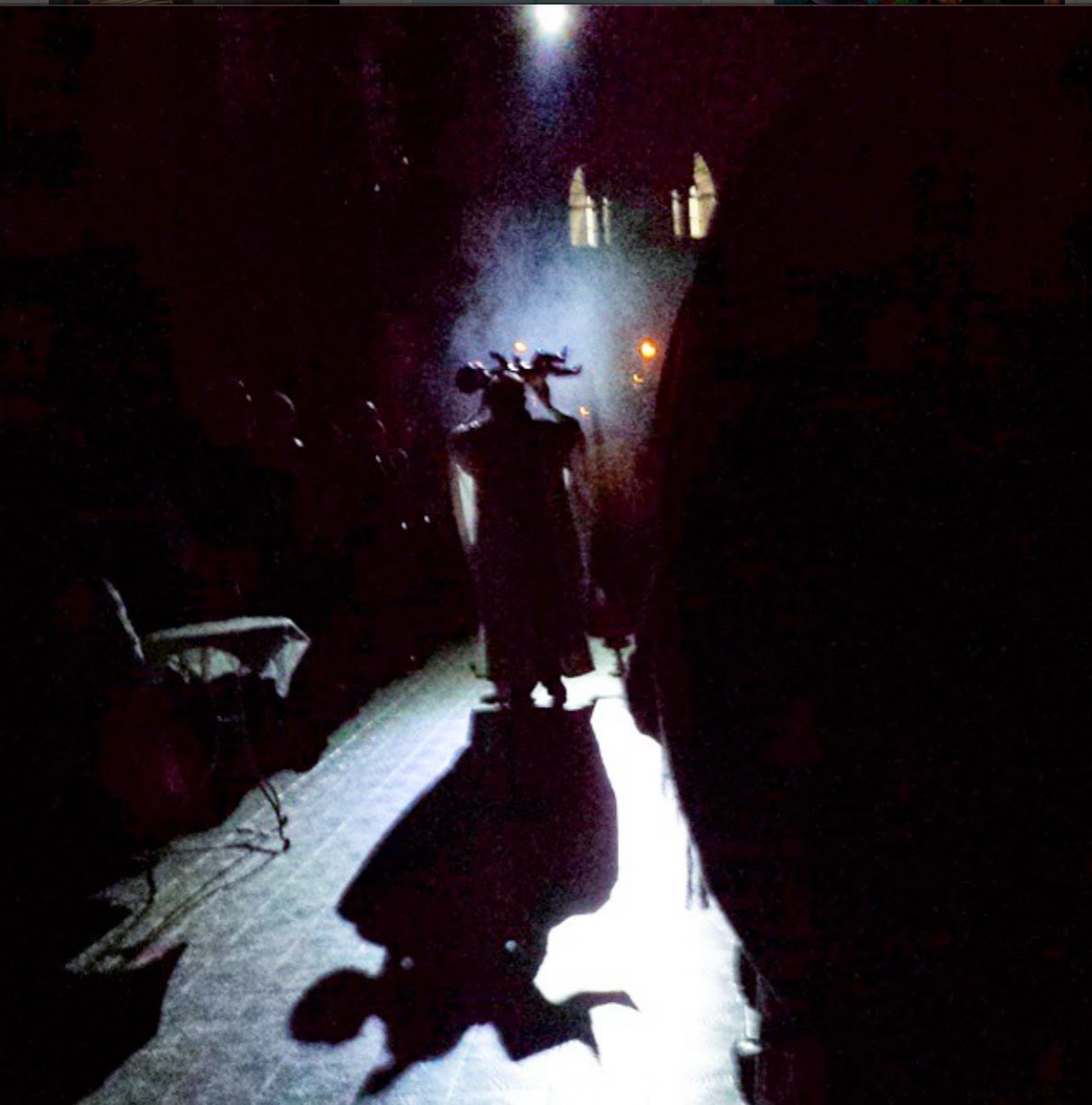 Pitch dark, WAY more people than pews, but no ushers seating people or lights so it was a big game of blind man's bluff. Who's hand was that? Intense beautiful piano music and singing, then a solemn procession with candles, incense and the priest holding the baby Jesus (pictured, not actual size). Then the lights came on and they put him in what I can only describe as a disco crib while mariachi music played. Not at all dignified. At that point the mass began, in Spanish as people drifted in and out taking pictures and talking. Very strange. Like so many things I had to file it under "Oh, Mexico!" Being a lapsed catholic I was able to understand most of the mass. We left just before communion. 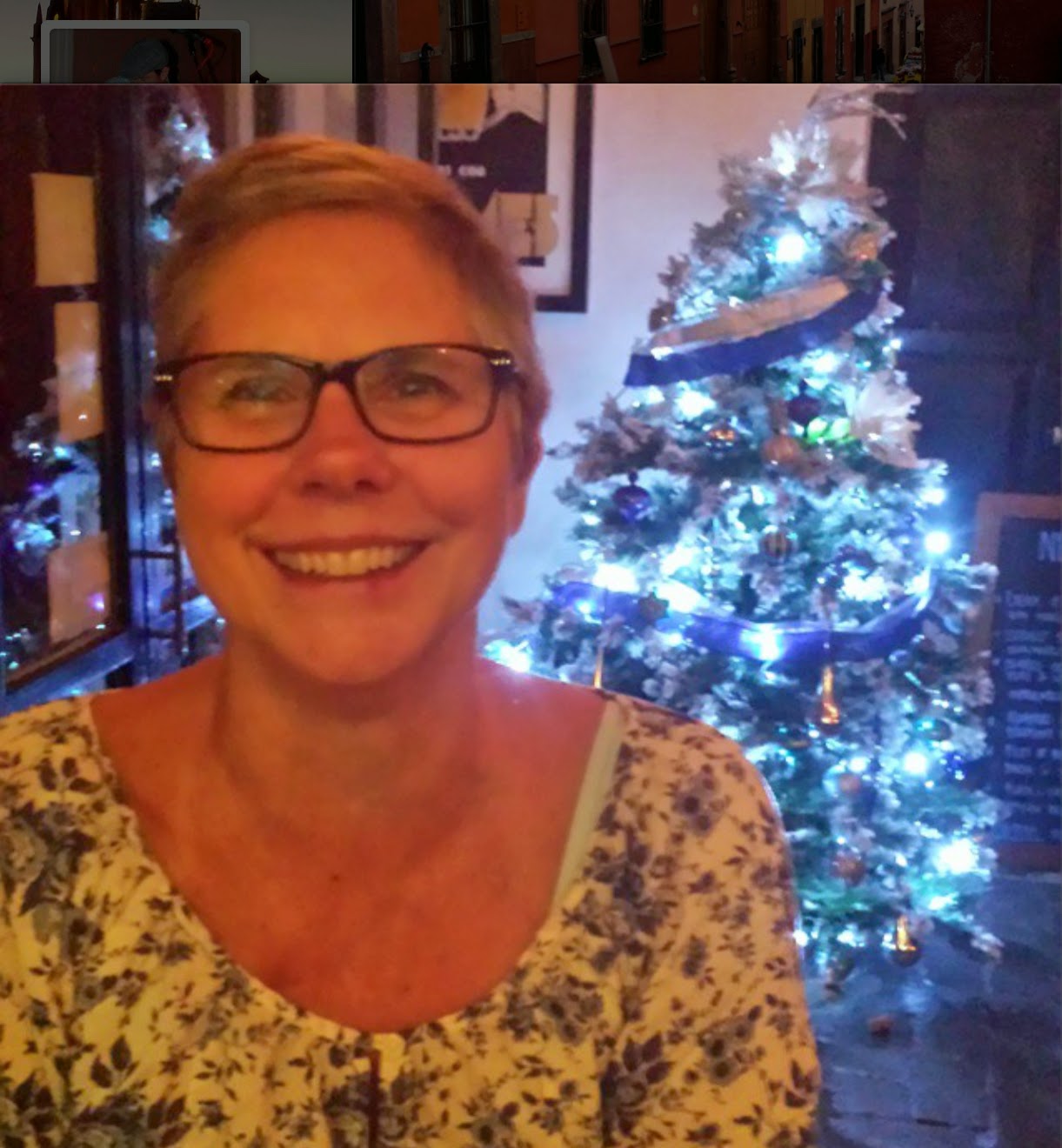 Here are some new terms I learned recently from our new friend Antonio there:
Chillangos - people from Mexico City who specialize in seperating you from your money through business or other means. So named because they would flock to the shore at the same time the fish of the same name arrived on its migration, so they say.

Monterrey Cocktail = Agua, because people from Monterrey (known as fresas, or strawberries) are supposedly very cheap.

You only learn these kinds of things by being in a place long enough LOL
Here's a lovely & amusing slang chart, many of which I heard around. Use with caution!

Here's a shot of some fireworks from New Year's Eve, which we spent at La Posadita. 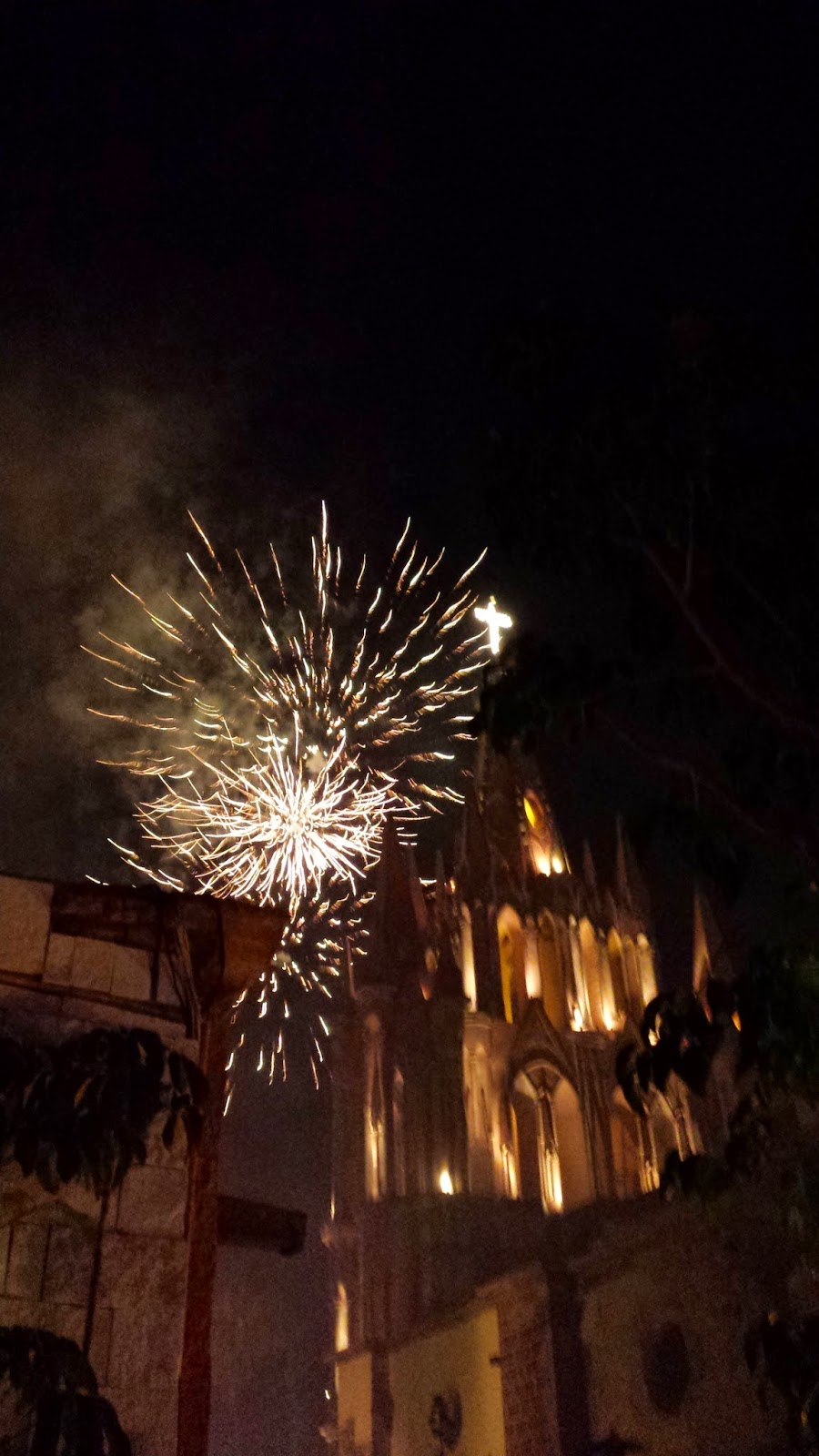 It's a sweet rooftop bar with a great view of the cathedral where they set off the amazing fireworks show. Lemme tellya, it's close. The food and staff there were wonderful so be sure and hit it if you're there

Overall I found San Miguel enjoyable, but also very challenging. I really, really like the beach and as long as I can wear shorts, sandals and a T shirt and I can get a drink I don't really care much about anything else. Walking back uphill from the beach was good exercise. At 6000 feet walking a mile back uphill to the apartment it was death by heart failure waiting to happen.

Also, high desert means DRY, so constantly chapped skin was an issue. Worse was the fluctuation in temperature. Daytime highs in the 70s were great. Night time lows in the 40s not so much. In the morning you need a sweatshirt, by noon you're getting a sunburn. In the house it was more or less freezing all the time. They tell me this is great in the summer, but it's not summer, so...yeah.

Finally, in two weeks in Sayulita I was visited briefly by Montezuma twice, for about a day each, which immodium cleared right up. In SMA I was more or less deathly ill 5 out of 15 days with fever sweats & the trots,  plus 3 more days of allergies so bad I couldn't leave the house, I think in part because my sinuses were so dry.

It's lovely and you should visit, but a week or so is probably plenty. Stay in town in the center (not up in the hills) and watch what you eat & drink. I discovered that the most effective cure seemed to be regular doses of pepto bismol, which was suggested by a local. Once I started doing that I didn't have any more issues there.

Lots to write about Guadalajara, and the whole Mexico visit before we leave Wednesday for New Zealand, but it'll have to wait for LuAnn. Cheers! -Andy