The South end of The North Island

Some thoughts from The South end of the North Island of New Zealand. First of all, for heaven's sake, it's pretty hard to drive here. Besides being on the "other" side of the road, everything is so beautiful as to constitute a major distraction. Sheesh! 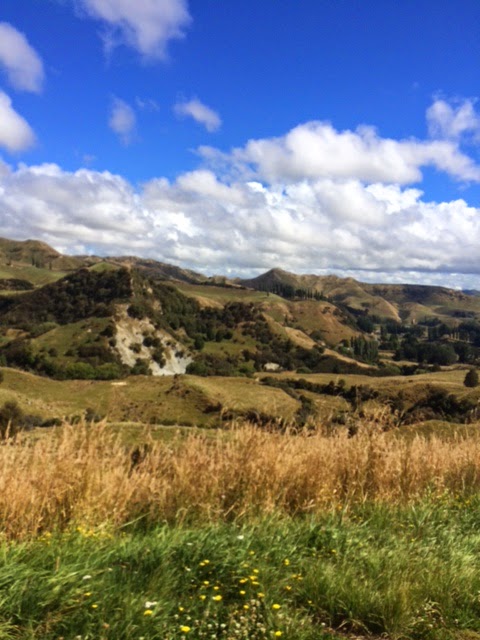 Wahei beach was not as hard of a beach break as Hahei was. When we were there the breeze was really strong and the water was pretty cold. There wasn't much going on at the holiday park for grownups. It was kids' paradise. They were everywhere and making a huge racket. They weren't quite as annoying as the blood sucking sand fleas but it was a near thing. The fleas weren't a factor sleeping in the van, but cooking at the BBQ we lost at least a pint of blood each. We both have 50 bites on each ankle, at least, yow!

One big upside was that Andy got to busk at the Happy Hippy iced cream shop at the Flat White Cafe and made a few bucks, plus free coffee and iced cream so that really made it a net win. Willy, the proprietress, was a delight. Check her out on Facebook at Bohemia Recycled Treasures. She does great henna art and made me a nice sign for my guitar case. This sign too! 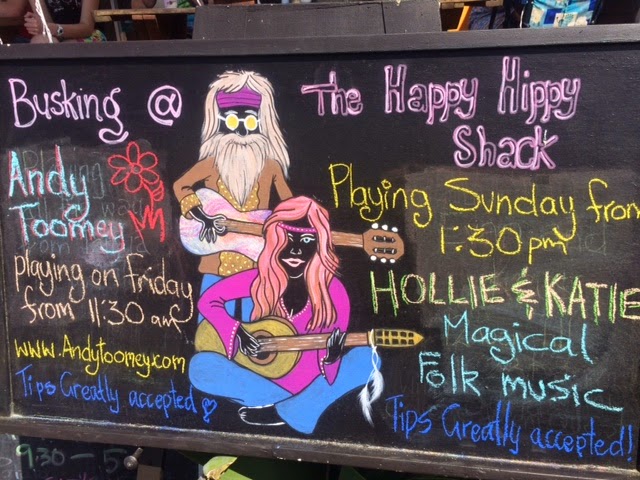 Rotorua is in the center of the island, and known for its hot springs. We had a relaxing few hours at the Polynesian Spa, and even rented a private bath for a bit, with our own private view out over the lake. Eat street was really cool. Hiking in Whakarewarewa, The redwood forest, was breathtaking. I'm SO glad they let that be planted in 1910. You'd never get away with that now with the biosecurity laws here. No bringing in non-native species. 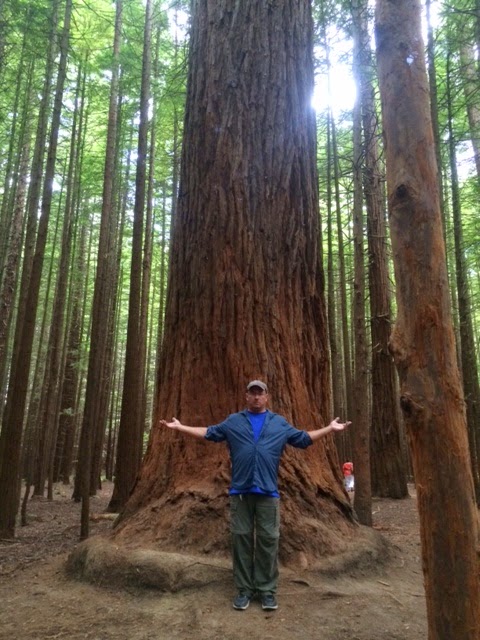 The private room at the polynesian spa and hot springs was welcome after a long hike. The public pools and spas were delightful as well. The trip through Taupo was broken up by the Waiotapu volcanic wonderland and Huka Falls. We didn't stay in Taupo since there wasn't much to do that wasn't "extreme sport" related. 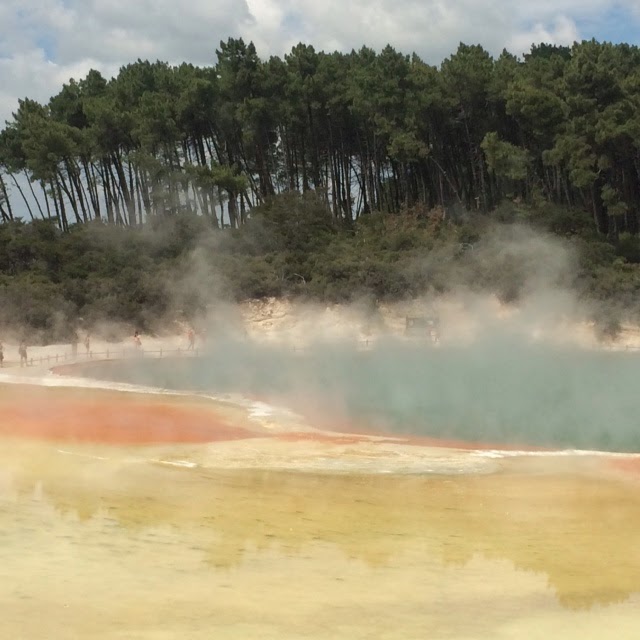 We drove through the fog and cold of Tongariro Pass (aka Mt Doom) and down into the amazingly sunny and beautiful Wanganui river region. See the first picture above. In fact, MANY more pictures at our instagrams HERE and HERE.

A day in Wanganui was a delightful day indeed. The black sandy beach was rough and tumble but there were many nice restaurants in town and we were there during a steam/vintage fest so there were old cars and steam engines and costumes and bands and it was quite fun to see how the kiwis did a festival. Even included a stand with "American" hot dogs. 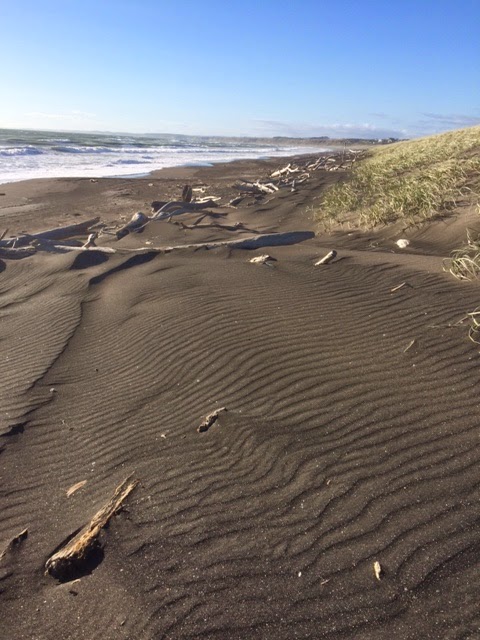 The 3 hour drive to The Hutt (Jabba wah ni footoo!) was sorta rough but Potoe is nice enough. We had some lovely Thai food there. Now we're in Wellington, the southernmost city on the North Island, and going to ride he cable car up to the botanical gardens. More to come!
Posted by Andy at 4:03 PM