Adventures in Osaka, Japan and on to Kyoto

After a few hours' lay over in Kuala Kampur and a yummy breakfast at Dome at the airport there (which we HIGHLY recommend) we flew to Kansai airport in Osaka Japan. The more we travel around the world the worse New York City's airports look. Joe Biden was right. The airports in NYC (and Newark) are an abomination. Fix 'em already! it's New York City. It's embarrassin'!

Moving on, Kansai (KIX) in Osaka was delightful, though it was some of the slowest immigration I've seen.  I dunno what took so long but it took forever and we missed the last train. Good news tho! We met Kirei, a lovely fellow who not only shared our cab (halving the price) but without whom we never would have found our hotel since it was in the Non-English-Speaking cab driver's GPS. This is apparently because the Daiwa Roynet hotel in Osaka is so new and unbelievable fantastic. Comfy beds & bedding, super nice staff, and the bath! We knew how high tech the japanese toilets are, but being introduced to them after Thailand's..uh, not so high tech toilets, was quite a welcome change. And we had a deep tub, something else missing from our lives in the last 4 months, so the first thing the wifey-poo did was soak, and then put on the kimono pj's every hotel leaves for you.

So, our one day in Osaka we braved the trains to Osaka Castle and walked around all day. Being in front of a huge train schedule that is mostly japanese was also another challenge to be reckoned with. It was grand and beautiful and the cherry blossoms were kickin'! Some girls were playing volleyball and got their ball stuck way up in a tree and I gallantly climbed up and freed it. It was a lot higher than it looked from the ground and I ain't gonna lie; it was terrifying LOL As a reward they gave me cookies! So yummy! 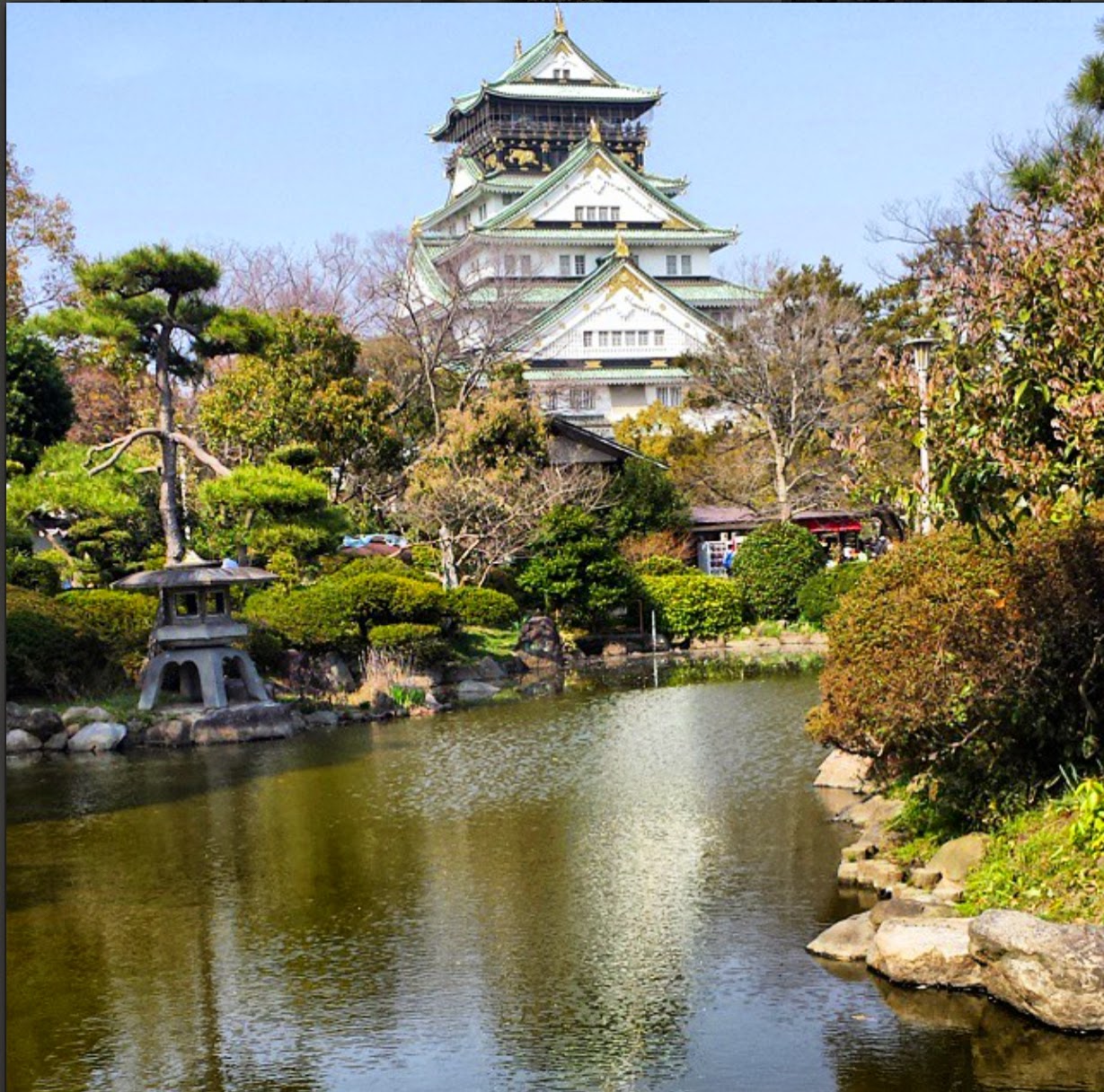 In wildlife adventures we saw a big murder of HUGE crows! Twice as big as the biggest I'd ever seen. Maybe they were ravens? I dunno but we all had a nice long chat. They gave LuAnn the jibblies LOL

Anyhow, we made it back to our hotel and went out for some food. Holy cow, the things we get into. We bypassed all the English menu places (which I try to make a habit of now) since it's a lot more fun and surprising to take my extremely rudimentary Japanese out for a spin. One really drunk guy kept saying "HI!" when we walked past so we skipped that place (even though it was packed, and went into a quieter Soba noodle shop. Nothing doing, soon as they heard me speaking Japanese and found out we were from NY everyone was all smiles. One older salaryman, already well lubed kept buying us drinks and food,  and then when we tried to leave insisted on taking us to his friend's Italian place. Following him around from bar to restaurant was hilarious and we all got rather lit. Keep in mind he spoke very limited english. God knows what all we ate and drank but finally it became evident he was working up to hitting on LuAnn (and maybe me too?) so we said our goodbyes and split. Which is really not easy in Japan, since there is a complex code of politeness. 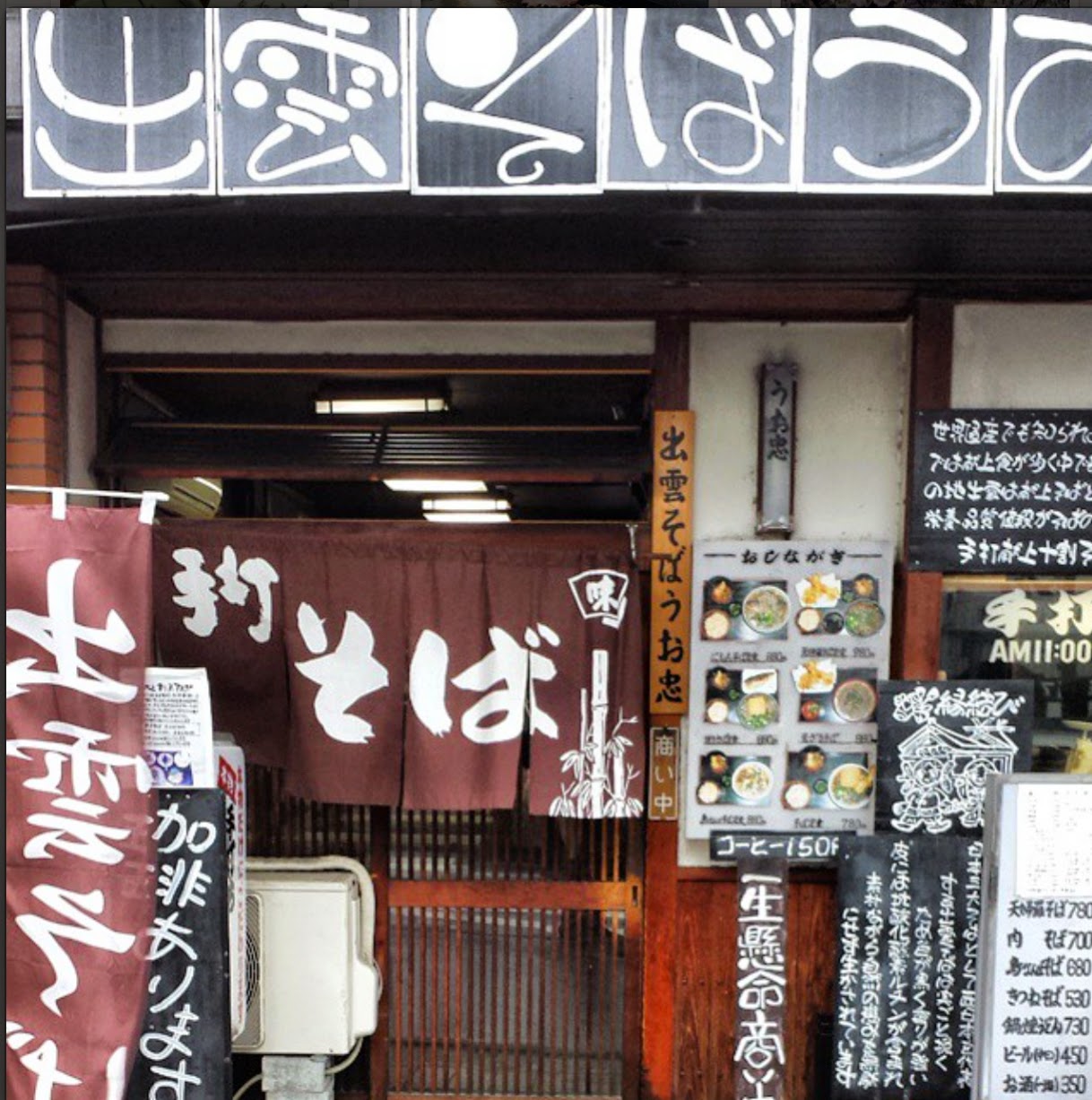 Next morning we packed it and moved it, again braving the complex train system and eventually making it to Seta, just outside of Kyoto, on a semi-rainy/cloudy day. Couldn't check in until 3PM so again into a noodle place, this time for Soba again, and again had a great meal but this time no crazy drunks. Back to the hotel to find out we only have a single room. Uh-oh. Fortunately it's big enough for two so I paid for the extra person (that's the wifeypoo) and we set out for Kyoto again and made it to the Pontcho district with cherry blossoms galore and tons of great food and such. This time we had Negiyaki, a Kyoto concoction of egg, beef, baby shrimp, etc, etc, between two pancake type things. Tasty! They actually had an English menu but it was the chef (who called himself Mr Teriyaki) who invited us in. He and his wife Aki were very flattering about my Japanese. Maybe I'm getting it after all? 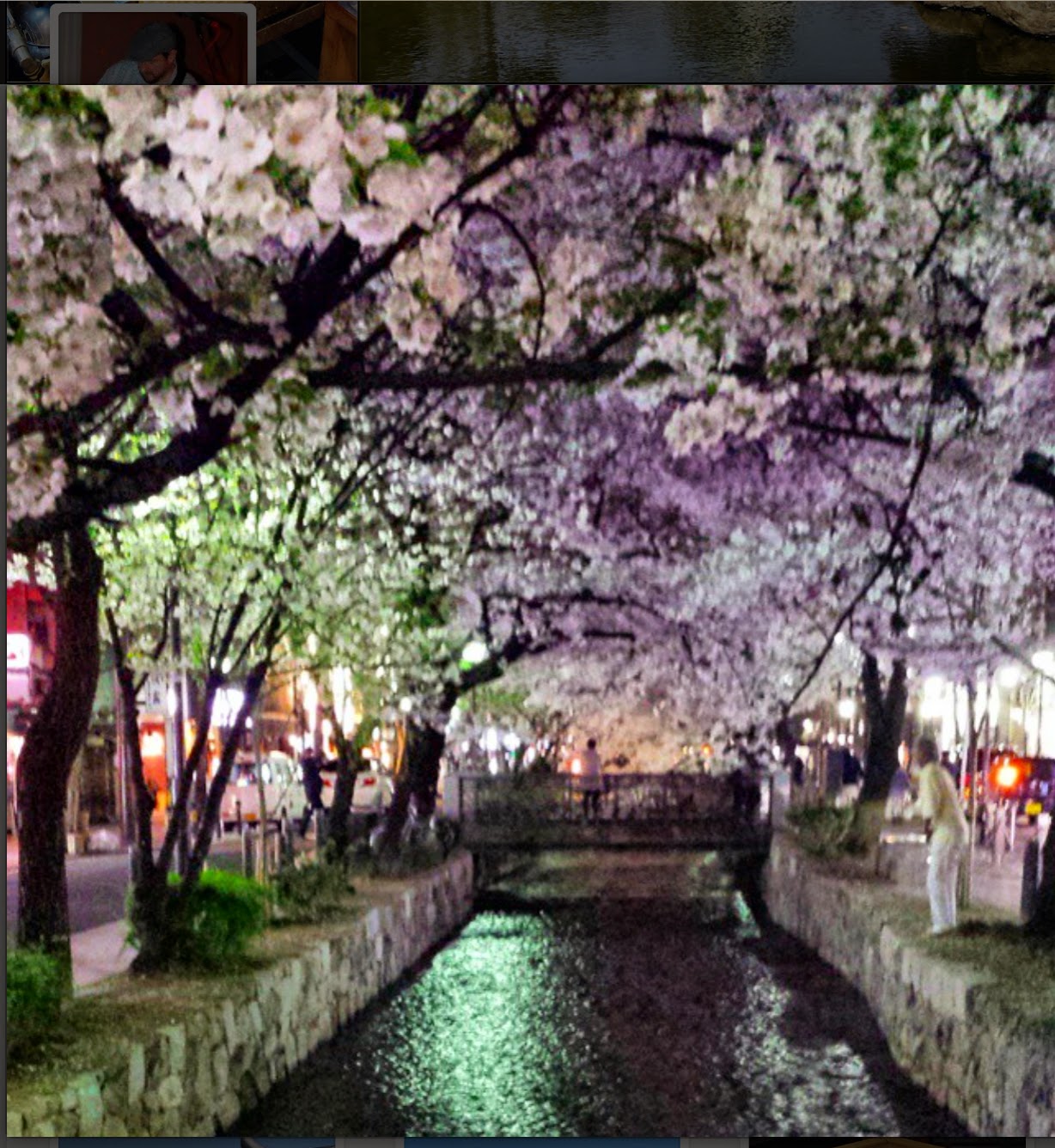 Next up we went into a place where literally no one spoke English, the menu was hand printed Japanese (written vertically, top to bottom) so now was the real test. Sure enough I managed to order vegetable tempura and kobe beef, both amazing, plus pickled baby squid with ginger. The kobe beef melted in your mouth, and was just the slightest bit seared. Wild times, kids. 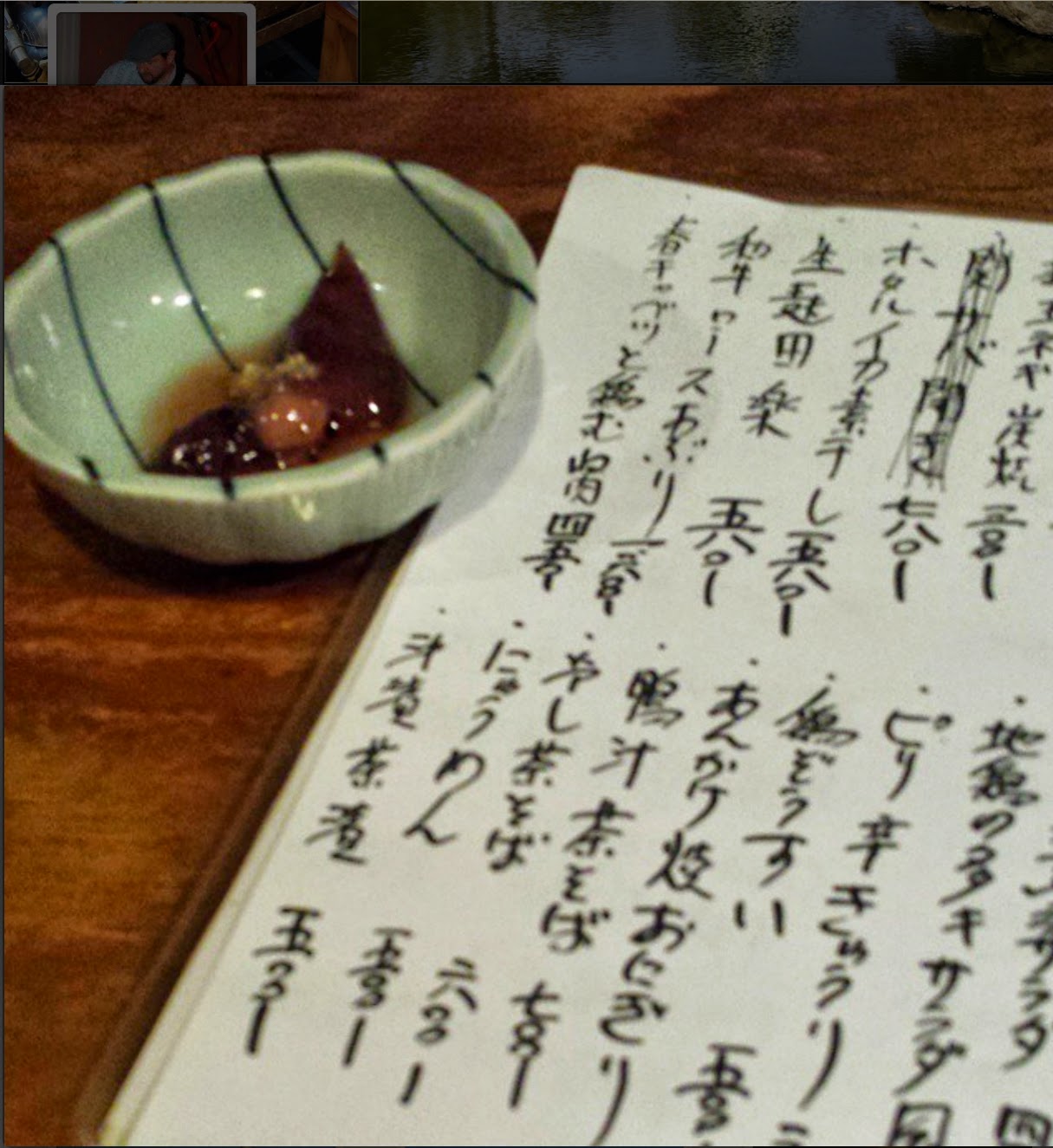 "You start thinking you speak the language when you order beer and they don't bring you oysters" Julia Child's husband Paul used to say, but I'm happy I got what I wanted. Really gotta try harder to learn to read Japanese though. They are so polite they clearly are very sorry not to speak English. LOL. In fact I would say that 'Sorry' (in both English and Japanese) is probably the word I hear most when walking around. Not to me, you understand, just in general.

I hope we can see some Kabuki theater and the Geisha show while we're here. Tomorrow is the Philospher's Walk so I'm for bed. Hopefully I can throw in some pix and post this since I know LuAnn will want to write  a post on the those other things. Cheers!