After quite a bit of traveling and sightseeing in Northern Thailand and Cambodia last month we decided to take it a bit easier and spend most of the time chilling on the beach. This we did, with a purpose. Here are some highlights:

Several times we rented a scooter (at $7 a day it's the ideal way to get around) and drove throughout Koh Lanta seeing the various beaches and whatnot. We went to the Southeastern most point and found the craziest little resort and hung out there for the day. It was hilarious. 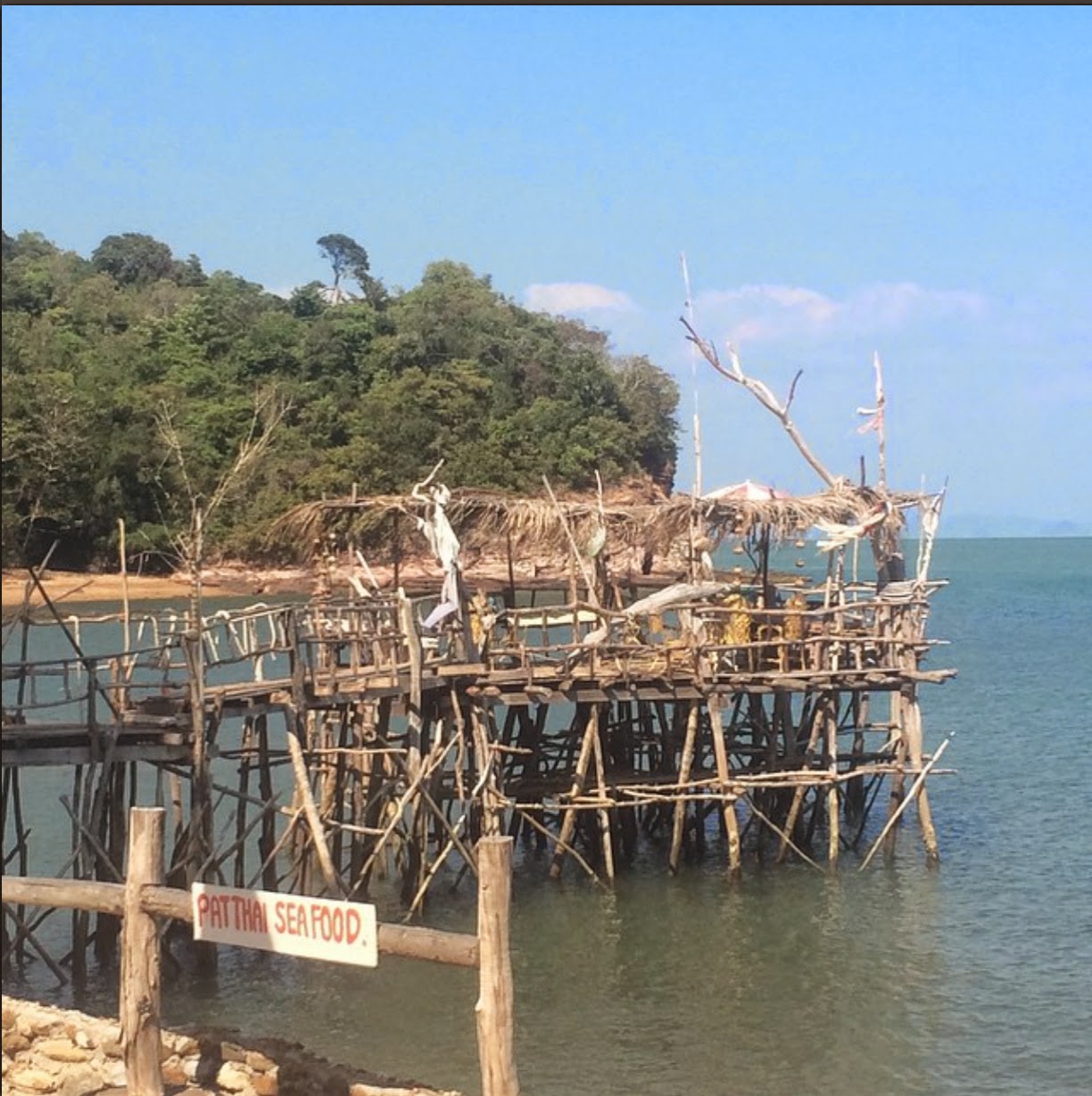 That is definitely up to code. LOL.The wiring was especially...creative. Another day we went to the National Marine Park on the Southwestern-most point and saw free roaming monkeys and monitor lizards. Anyone who refers to "hot monkey love" has never seen monkeys do it. The males last about 5 seconds then flee the scene at their best speed and don't look back LOL 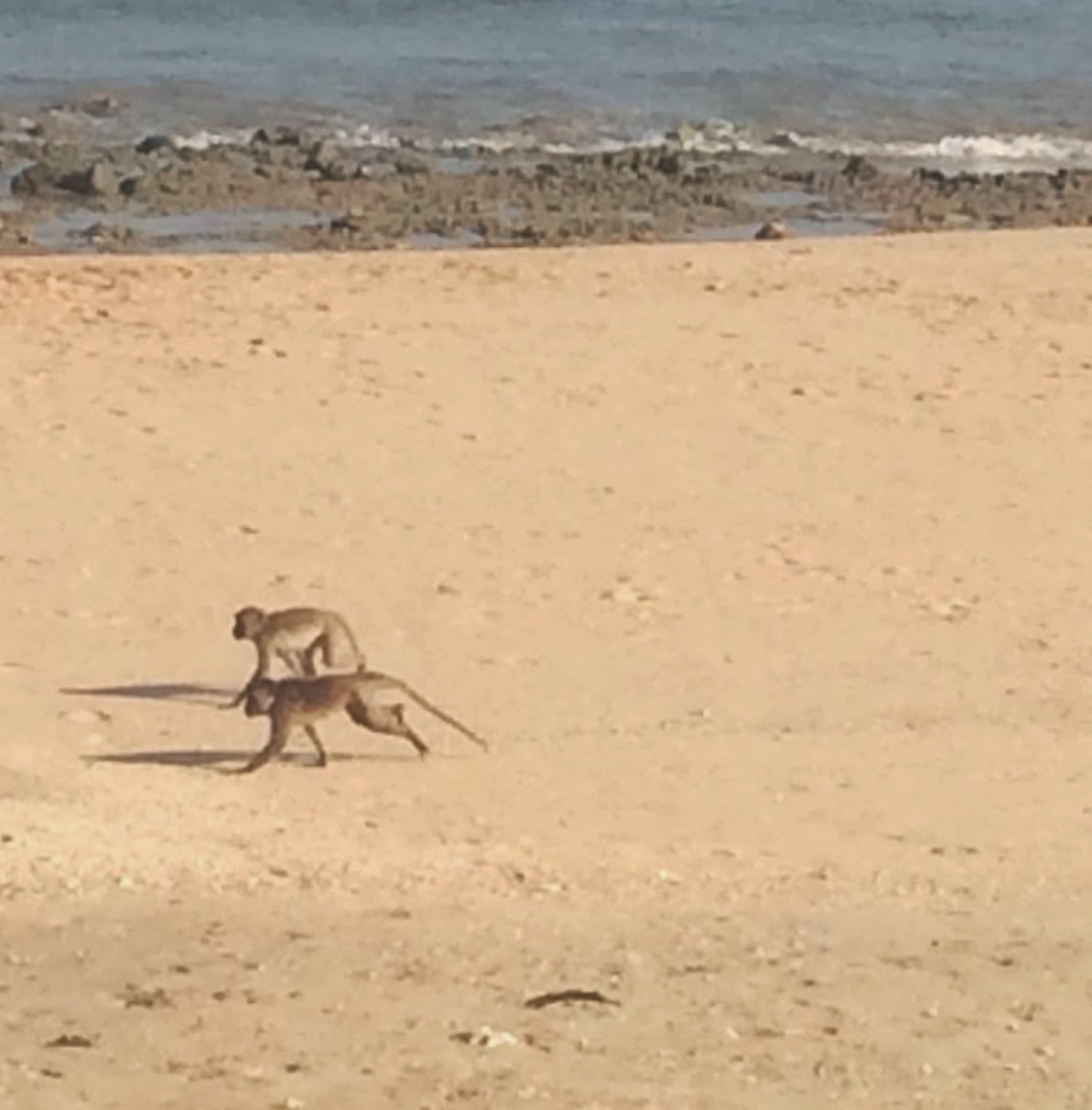 We went to quite a few restaurants, most of which I'm sorry to say were forgettable. This part of Thailand is rather more touristy (being on the beach) so most places offer more or less the same kinds of things, all at inflated prices. Pad Thai is ubiquitous, as are faux American dishes bearing little resemblance to the real thing.

Some notable exceptions: Ton Gell in Old Lanta town had the BEST ribs and we went back there several times. The French bakery Faim De Loup was exquisite. Great coffee, sandwiches & baked goodies. They had real cheddar! Bacon & cheddar on a baguette, mmm-mmmm! Also, in Ao Nang the local Indian place Tandoori Nights was beyond delicious.

We really dug the beach in Koh Lanta though. Not crowded, no touts, and very clean water. I admit I am disappointed at the level of trash throughout Thailand. No one seems to give a damn, locals or tourists. One Thai woman mistook me for a Thai (from behind) because I was picking up trash. She was mortified and asked if I owned the resort. No, I replied, I'm just a guy who hates trash. She helped me clean up some. I did that a lot here but it's daunting. I know from experience that I could spend days cleaning up and a week later it's trashed again. I hope we find a new planet and a way to get there before it's too late. We seem to be wrecking this one at an alarming pace.

We took one snorkeling trip to the 4 islands on a longtail boat. We didn't see a huge amount of fish, but we swam through a pitch dark cave with a guide that came out on the other side on a beach with cliffs all around, called the Emerald Cave. As we were swimming out a huge boatload of Chinese tourists were swimming in holding onto the life jacket of the person in front of them in an endless conga line, everyone of them insisting on high-fiving us as we went by. It was one of many slightly surreal moments. Here's a video someone took:
After that we went to Koh Ngai (pronounced Ko Hi) for lunch. It was lovely, with truly clear turquoise waters, gradually deepening to deep navy blue in the distance. 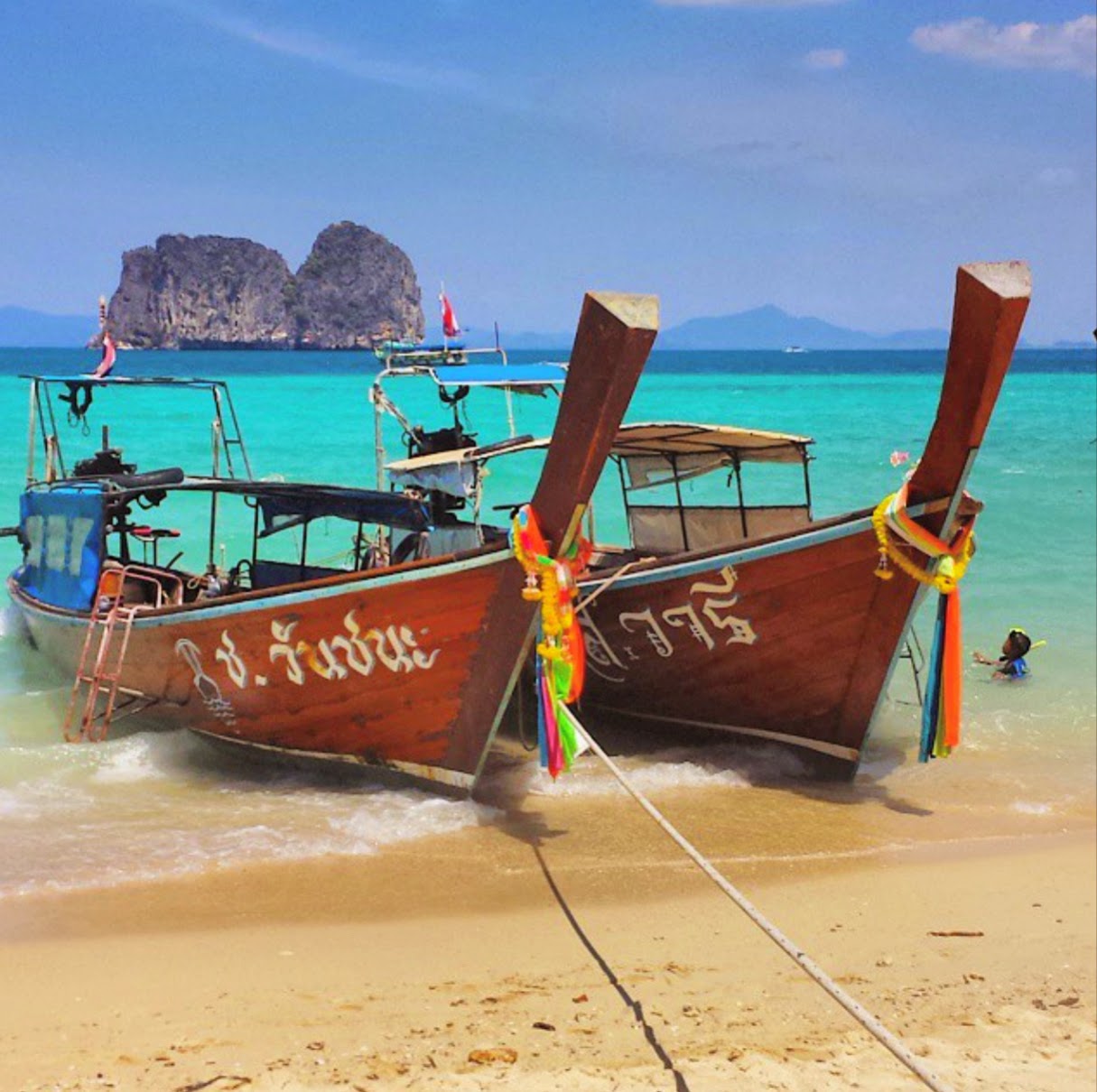 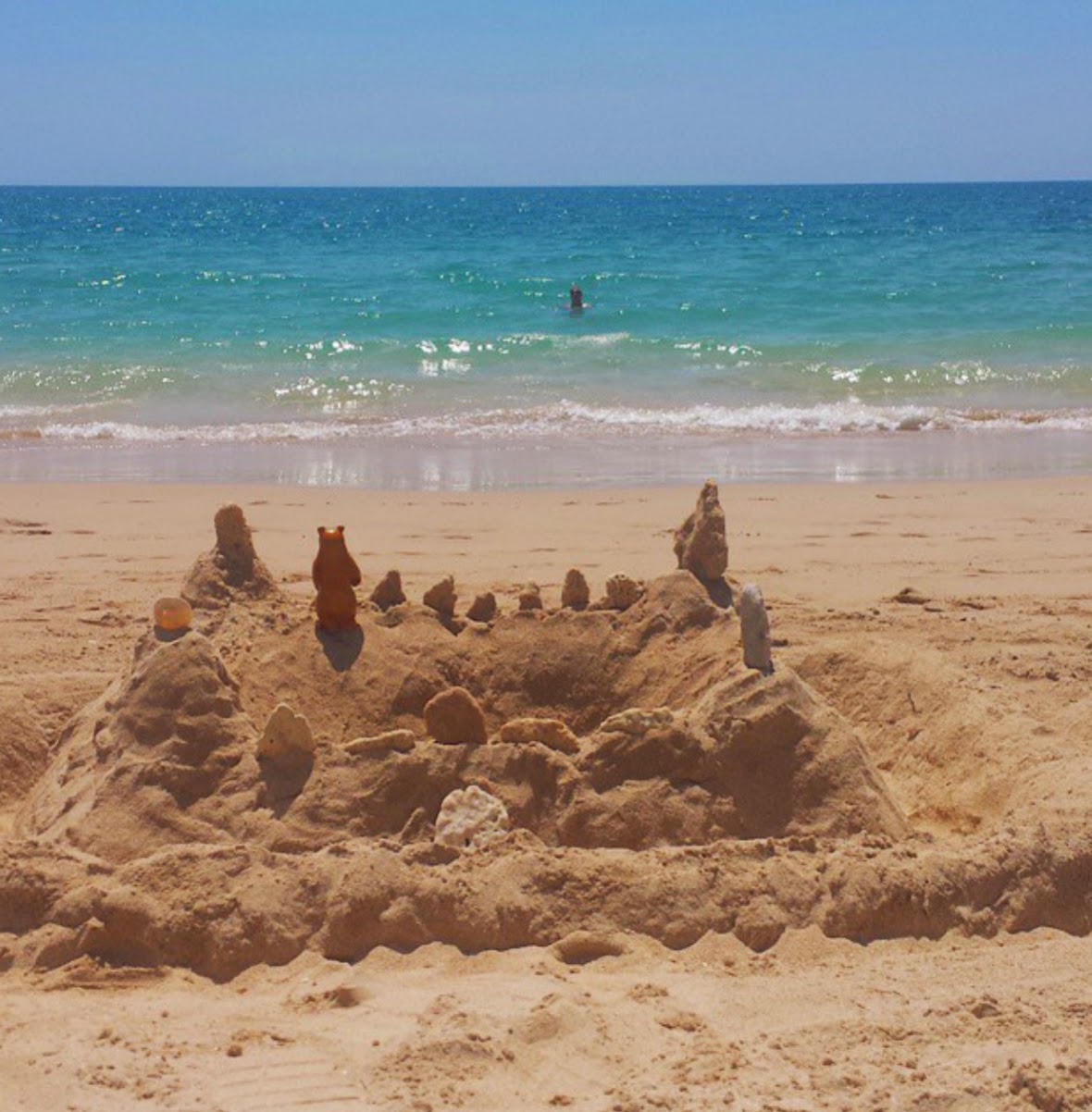 LuAnn painted and I played my guitar. I did a couple sets at the local bars and saw a couple great reggae bands. Here in Ao Nang we did some grocery shopping and have been cooking at home since we have a hot plate here. Been doing a lot of laps in the lap pool just outside our room and I've been doing the burpee challenge, working up to 100 burpees over 10 days. We been watching some American movies. Its been months since we've been able to do that! We're also reading a bunch, mostly researching all the intricacies of visiting Japan & generally just saving up our strength & money for our visit to Japan starting next week. 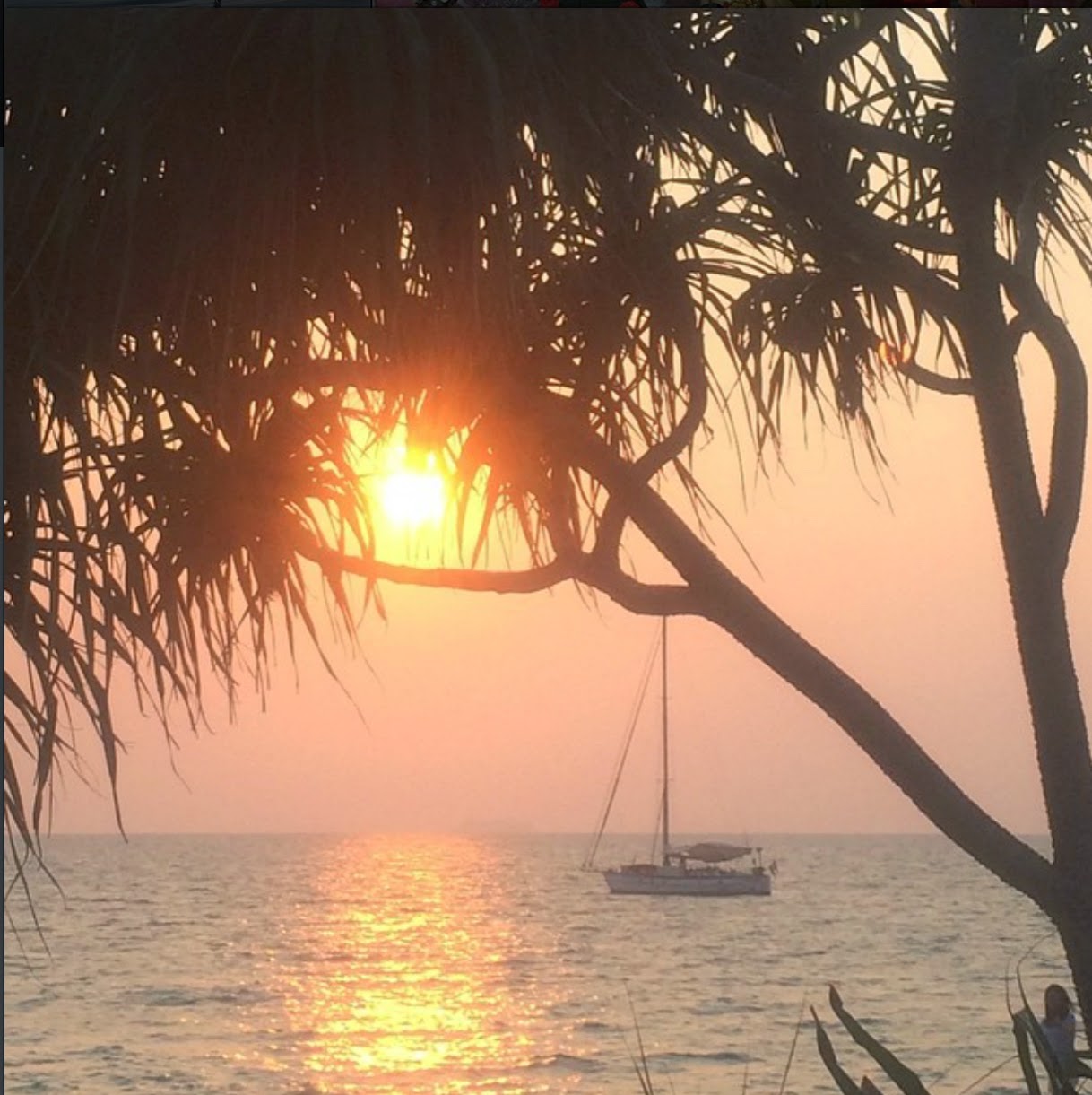