In Sanur, Bali we were staying in a lovely little place off the noisy street but near the beach, the bakery, laundry and all the stuff we needed. We've see many beautiful little birds, especially my favorites- the tiny midnight blue swallows. They were way too fast to get a picture of but I think they are Pacific Swallows.  They also have lots of huge screechy bats! None of them got in our hair though. We spent a lot of the time in the pool. 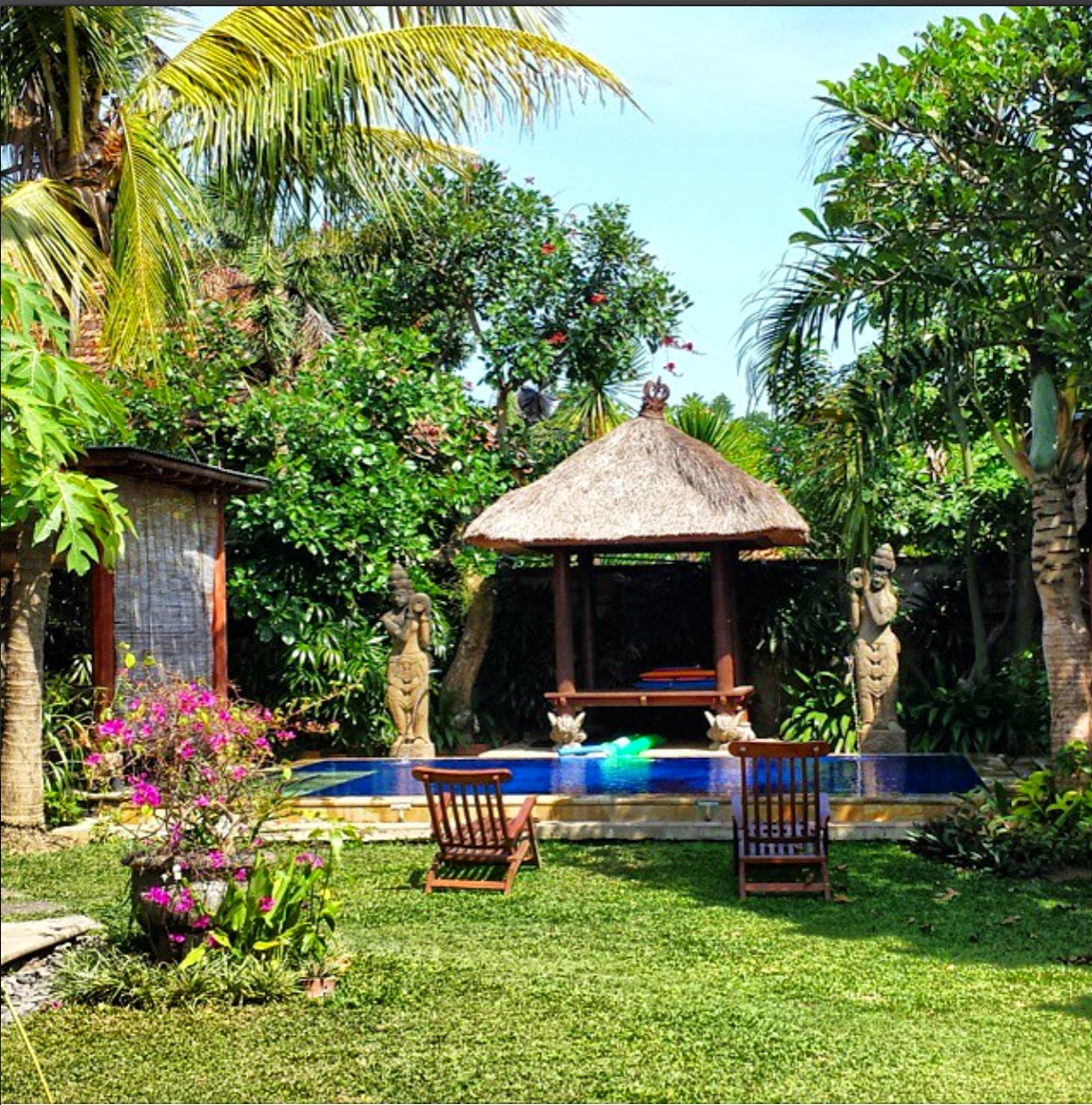 We went to the UluWatu temple and saw the cliffs and a great fire dance where they were accompanied by 40 guys chanting these crazy rhythms. It was really cool.

Sadly, the traffic and general pollution level throughout Bali is much worse than we expected. Similar to, if not worse than, anywhere in Thailand. We got a driver to take us to the Peninsula and it was pretty depressing. Nusa Dua was a giant, mostly empty playground for rich, white people. The beaches were a little cleaner but in general it was sad. We came to Sanur because it was reputed to be one of the less messed up beaches in Bali. 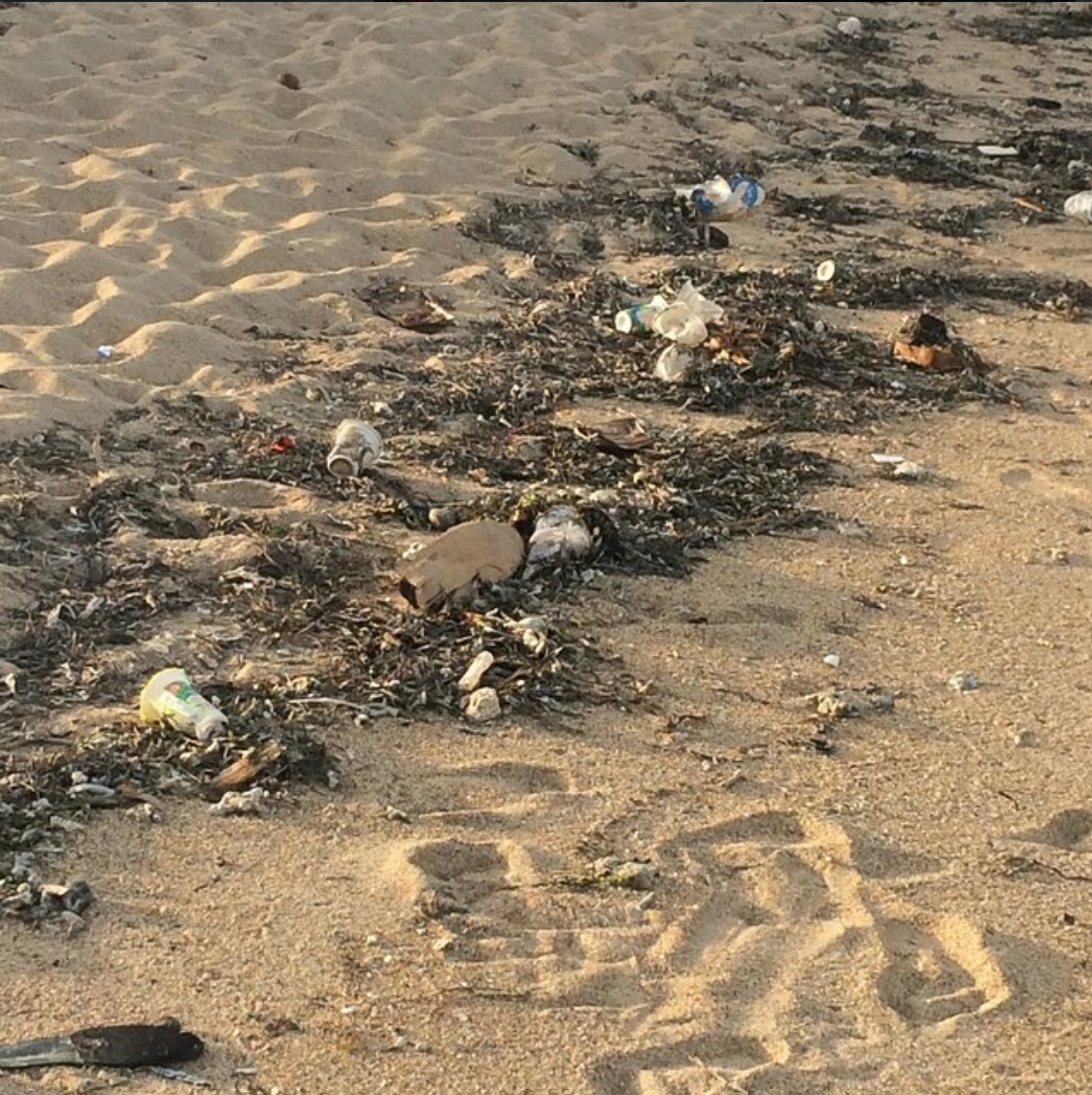 Oh man, tons of plastic trash everywhere. Very disappointing. Wherever we go I have to beg people not to put everything in an individual plastic wrapper, and then a bigger plastic wrapper. They seem positively puzzled by it. Where are the religious leaders, in this obviously religious place, to tell people the Gods would like it if you stopped wrecking this planet with garbage? OK, that's depressing, so we headed off to the island across the bay, Lembongan.

In general, this was better because there are no cars. It's all scooters, and a few pick-ups. The beaches were cleaner and places like Tigerlilly's, where we stayed, are really making an effort to combat the plastic trash. They use and sell glass straws and only use refillable glass or steel water bottles. This is where we saw a poster stating that 30 million plastic bottles are used in Bali every month! No wonder there is a problem. The problem persisted on Lembongan though. Anywhere that wasn't obviously someone's property was pretty well filled with plastic garbage. Someone said it was because when everything was put in banana leaves people just tossed them, but hadn't caught on that plastic never goes away.

Moving on, we went across the crazy one lane suspension bridge to Cenigan to stay at The Palms. They sent a tiny truck to get our luggage to the bridge, walked it across, and got another tiny truck on the other side. It was quite the operation. 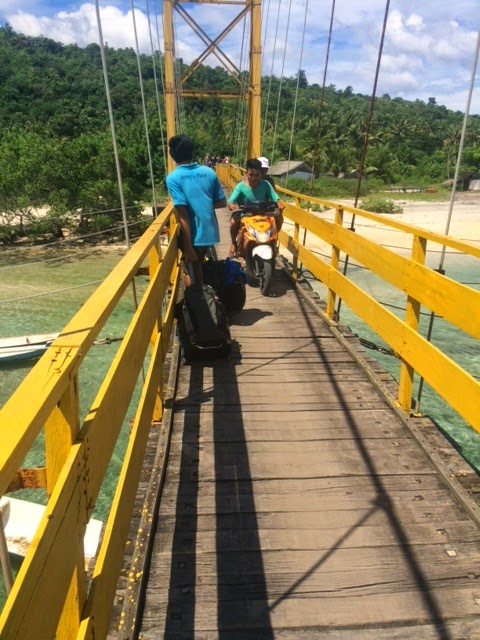 One great thing about this stuff is being able to stay at (for us) really upscale places cheaply. Less than $50 a night in the US gets you the skankiest sticky-floored, foul-smelling motel room imaginable. Here? It gets you this: 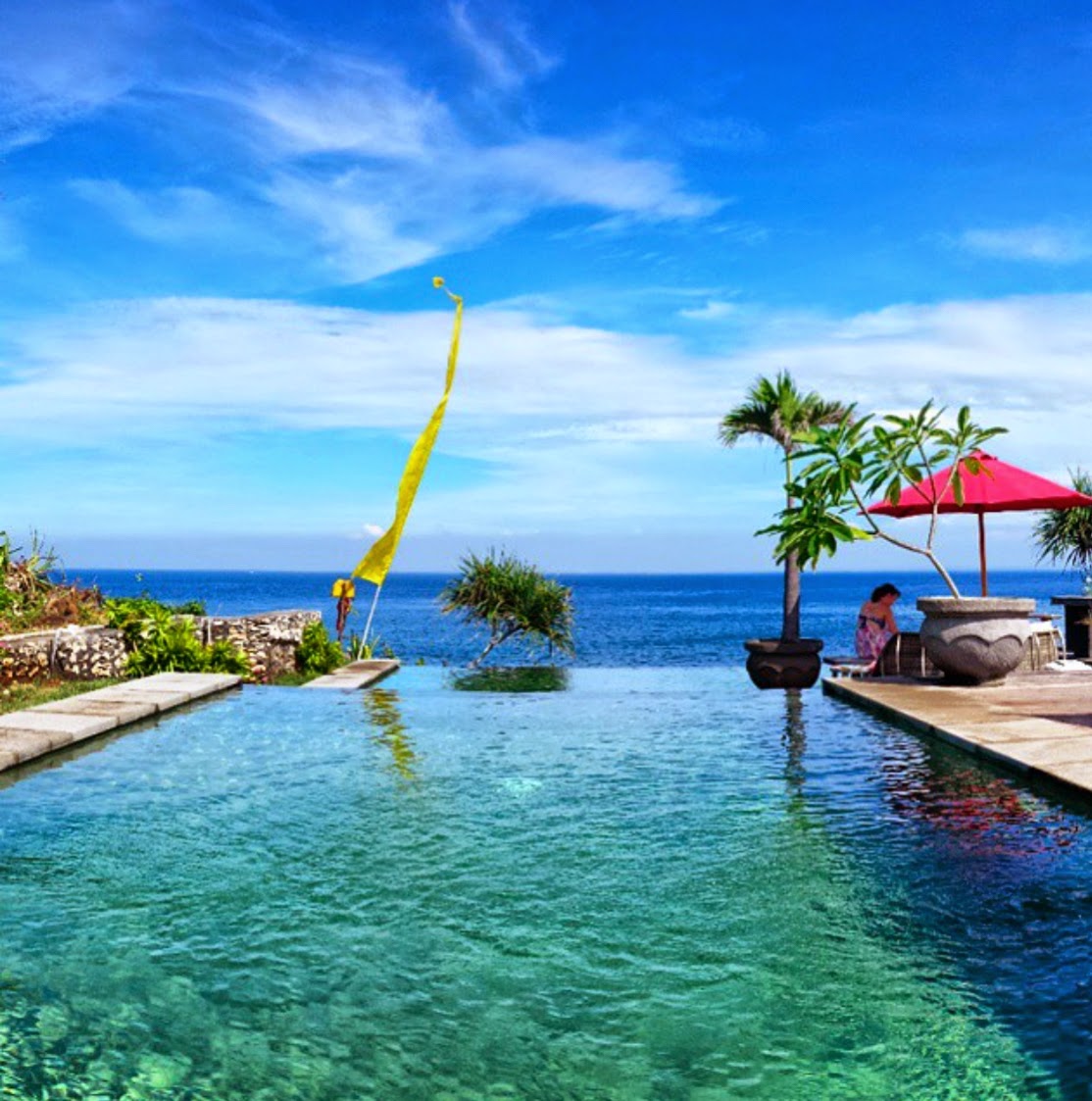 OK then. The aforementioned problems are still present, but again less since it's a smaller place. The main thing here is seaweed farming and fishing, followed by tourism. The roads are amazingly bad. By far the worst I've seen in any country yet. Barely paved, barely one lane and totally messed up.  Supposedly they are getting repaved "soon" for some value of soon. Fun to drive a scooter on though, if you like adventure and a sore butt. But then there's this:
And this:
And this:


Needless to say, I didn't jump.

Next we are off to the even more remote Gili Air. No cars allowed. They have horses. And carts. Seriously!

I am cautiously optimistic that Bali, Indonesia, and in fact the world, will catch on that life depends on humanity getting a handle on its trash problem. Take a lesson from New Zealand and take action before all the beautiful places in the world are wrecked.