Kyoto to Nagoya and Mt Fuji

Our last day in Kyoto we had lots to do. We walked around the center of Kyoto and saw the construction on the big temple, the koi fish in the moat and went in and bowed to the buddhas at the two huge temples there in the middle of town, Higashi Honganji and Nishi Honganji, the Eastern & Western temples.

We then met up with our pal Takuo and had drinks, got him to his hotel in the pouring rain in a cab and just managed to find some food and drink before heading home to the hotel. He had some misadventures on his way back but it all turned out OK. The next day was amazing. I got up super early, too excited to sleep, but LuAnn got a good rest. We got ready and headed out to the geisha show!

We got there right on time and got herded into the tea room where they asked for a ticket I knew we didn't have, but they let us buy one anyway so we had tea and cake and watched the beautiful tea ceremony. It was fantastic and amazing but nothing compared to the ineffable spectacle we were about to witness. 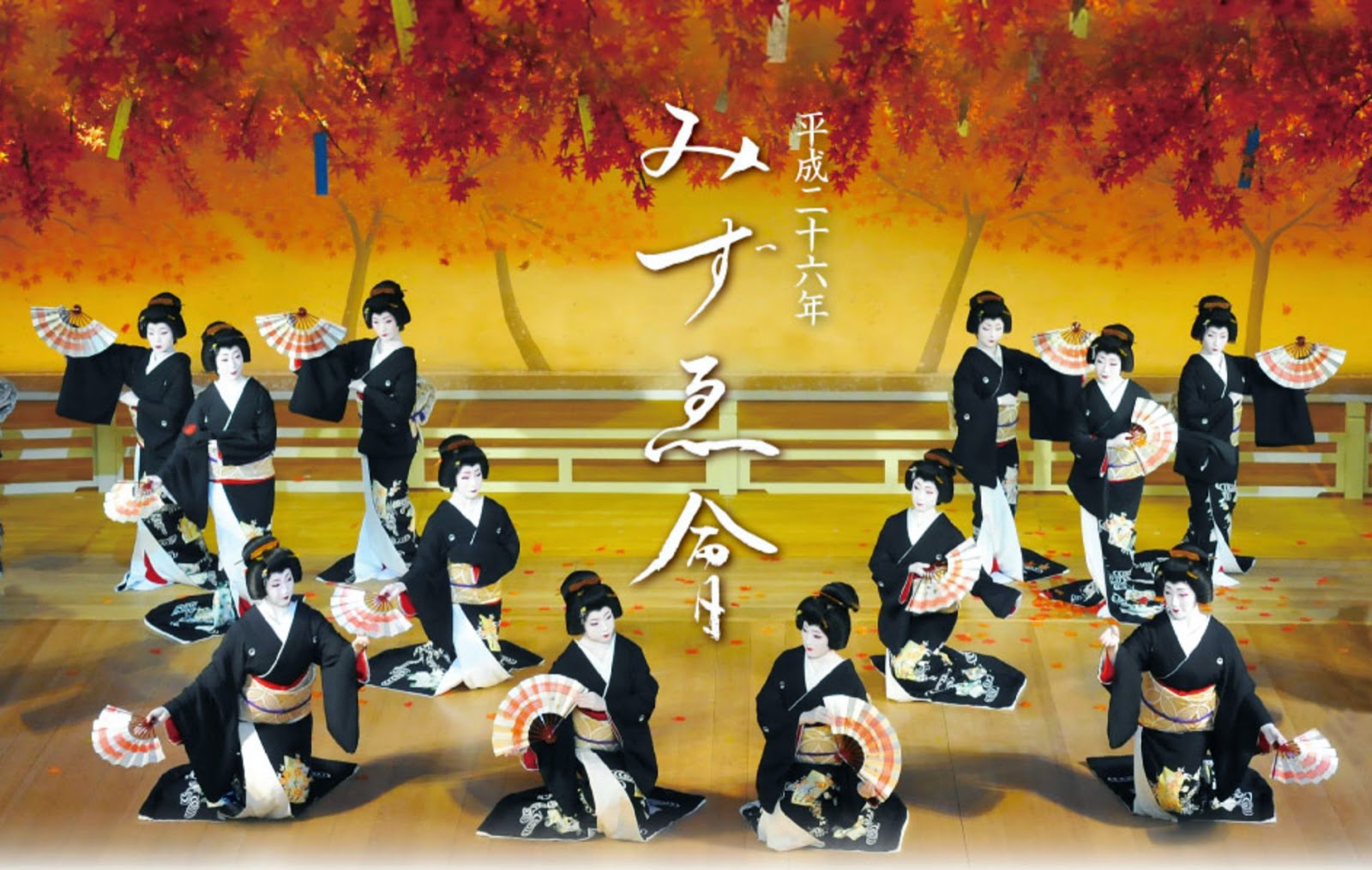 Through incredible stylized dance and music they told the story of the start of Kabuki. This is remarkable because Kabuki is male only, so it was wild seeing women portray it. I'll write more here about the story but it really defied description. There aren't enough superlatives. They didn't allow pictures so those are from the website.

It was a one-hour show in nine parts:

1 Maikos on their way to a new year's play talk of their favorite players
2 Izumono-Okuni becomes famous for her dance style called Yayoko-odori.
3 Sanzasa, a Samurai master of the spear, falls in love with her but war is coming.
4 Sanzasa leaves Okuni for war, leaving her his sword, which she dances with in her grief.
5 Dance celebrating 400 years of Kabuki
6 Sanza's spear and lion dance
7 Sukeroku, a samurai in disguise, seeks to avenge his father's killer
8 Dance celebrating the vegetables of Kyoto (?) Seems they are famous.
9 Miyagawa Ondo - the grand finale

For more about about Sukeroku, the most famous kabuki-ka, and Kabuki in general click HERE
Meanwhile here's a pic of a Lion dancer: 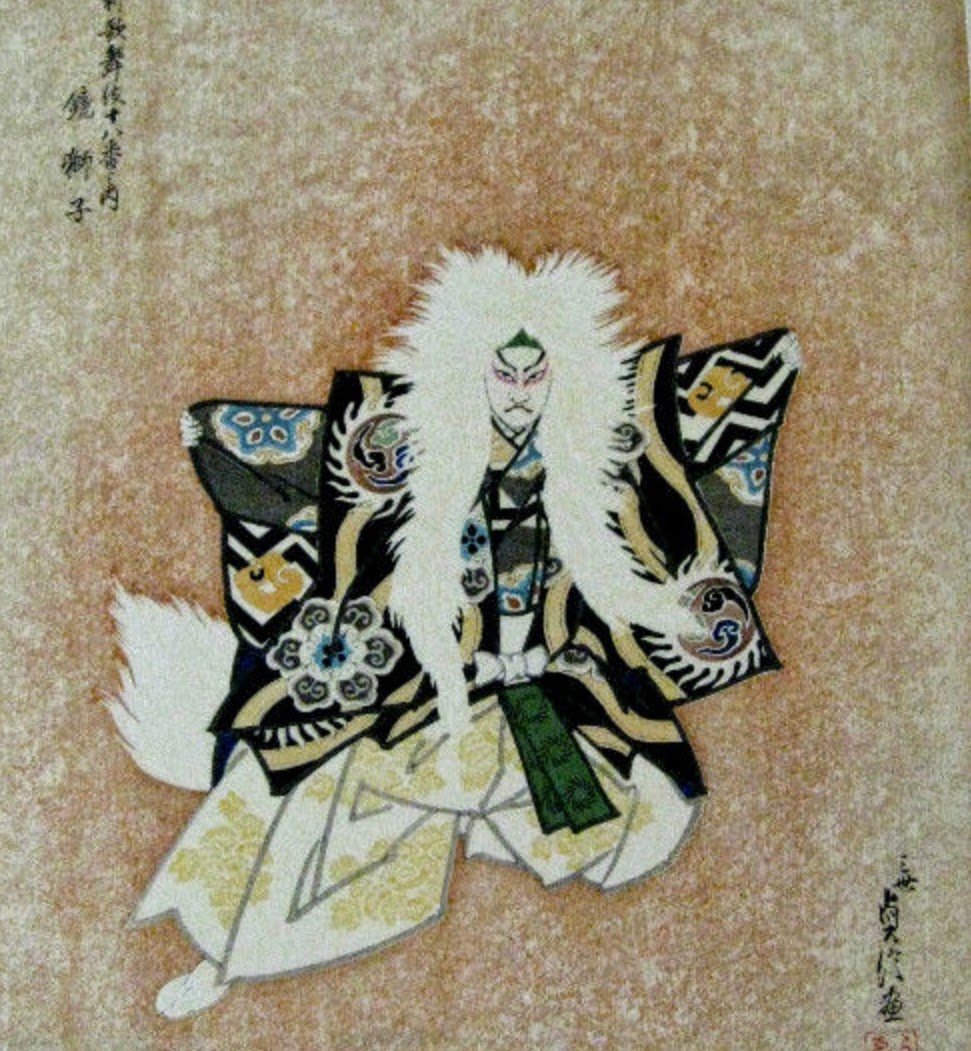 We decided afterwards to go to Heian shine and I'm so glad we did. As a shrine it was on par with the many others we have been to, although the torii gate was the biggest I have yet seen, but the garden was possibly the best yet in Kyoto for sheer size, depth and beauty. 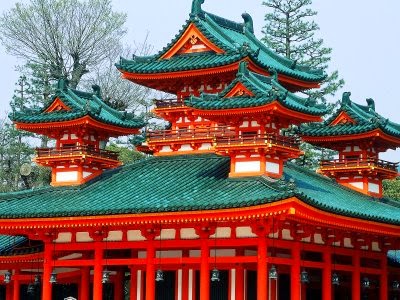 I was starting to stress that we would be late for the museum show so we wolfed down some food and tea at 7-11 and made our way via the subway to the National Museum again for the special exhibit on  Kano period painters. That site is in Japanese but click around anyway for the pictures!

Holy cow, once again expectations were far surpassed. The paintings were beyond description (and price), and we all agreed that the later works of the Kano school were our favorites, notably those by Takanobu and Sadanobu. For more about them click HERE

Thoroughly cultured up we made our way back to the Gion district but found our first choice of steak house booked solid. We settled on the next place down the line and while it was ridiculously pricey we were starved and therefore felt it well worth it. There is something about Japanese beef that makes it buttery and so tender.

Moving on we went to the Blue Fir Bar, where Picasso memoribilia abounded but it was dead empty and they had a great stereo and a fab CD collection so we drank some more, had snacks and listened to Bill Evans. Another Japanese businessman showed up, chatted us up and guessed all our ages very flatteringly.

We wrapped up the night by getting the subway back to our respective hotels, but on the platform in Kyoto we had a visit from Kokimo, apparently our Japanese Fairy Godmother! She came up and started talking to us and I think I managed to use just about every word and phrase I know in Japanese, to her evident and lasting delight. She complimented me profusely on my accent and my wife's beauty and explained that our ancestors had been friends and so we were similar souls, or something like that. It was all very surreal and lovely. All in all a fine last night in Kyoto.

Two nights in Nagoya:
We took our first ride on the Shinkansen high speed train. Wow! Zoom! Top speed-200 mph. It was like being on a space ship. We got to Takuo's lovely apartment in no time and after a trip to the grocery store had our first home cooked meal in a while, then went out for hilarious karaoke! In Japan, the karaoke takes place in private rooms, so no worries about embarrassing ourselves. 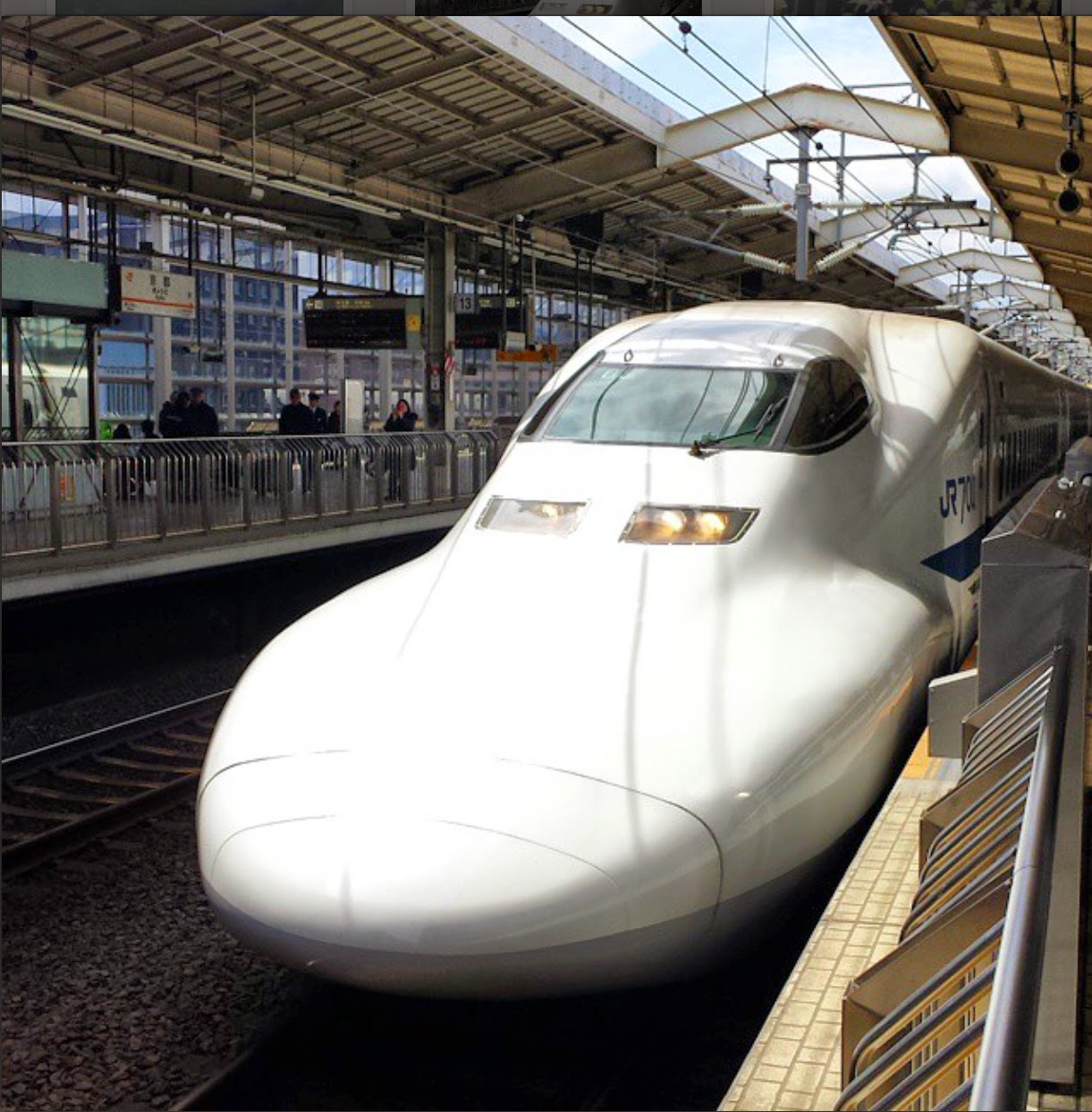 Next day we got LuAnn a haircut and headed into Nagoya for a trip to Nagoya Castle. It was predictably amazing, much grander than the one in Osaka. Much of it has been rebuilt since it was destroyed in WWII. We were really lamenting the destruction of war. 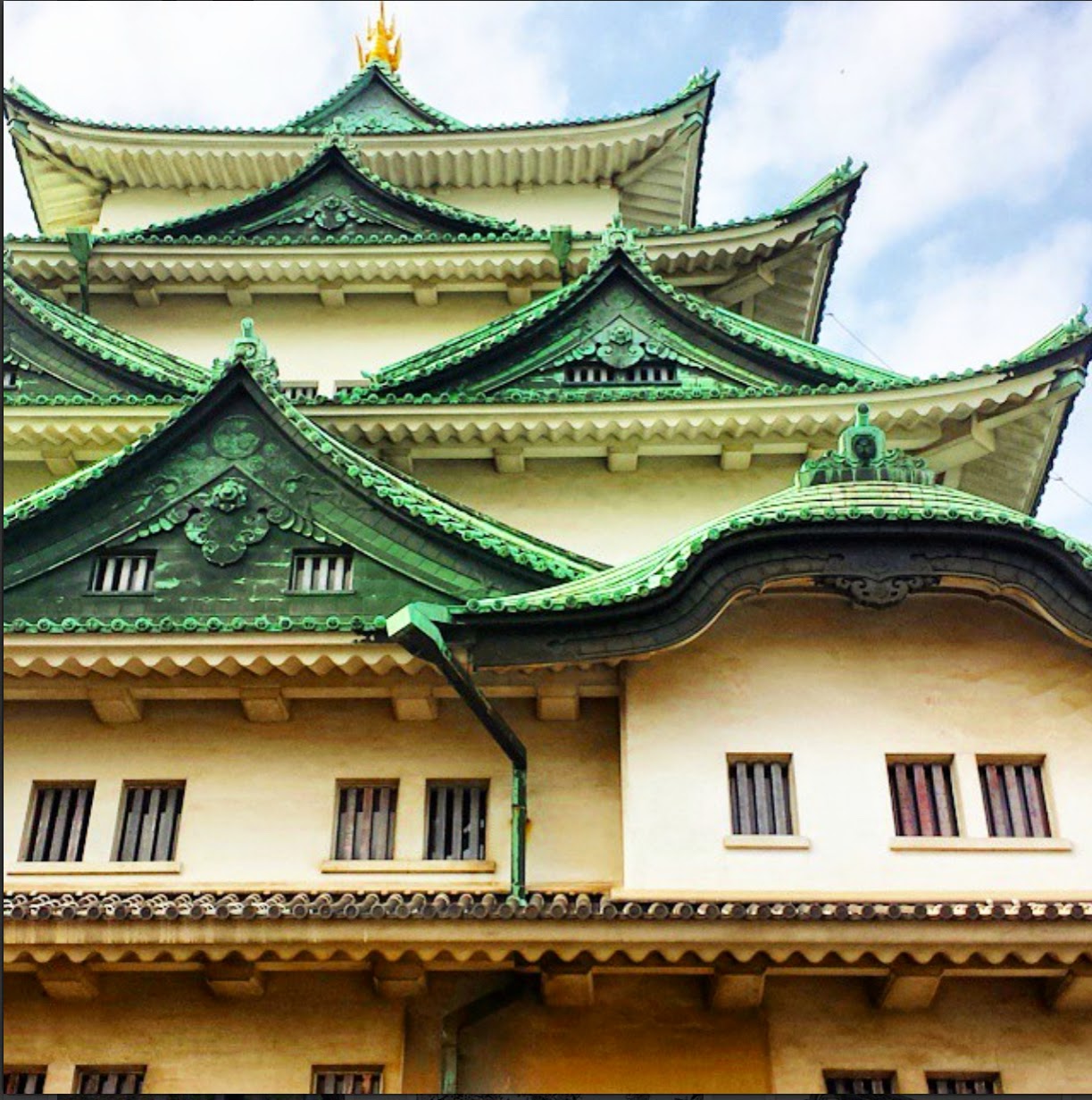 After a great Japanese barbecue that we cooked right at our table and ordered through a touchscreen, we saw a great band rocking Herbie Hancock on the street, then headed home. Next day we were up and at 'em and made 5 train changes all the way to our digs in Mt Fuji. Alas the weather is so cloudy, cold and rainy you can't see a thing so we are regrouping, doing laundry and finally blogging all this!