One of the things I worried about most before we started our traveling adventure was giving up our home nest....our bed. Or in greater detail, the comfy spot we had built with great consideration. Yes, we had the high thread count sheets, the fluffy down comforter, the Restoration Hardware duvet cover we had guiltily paid an arm and a leg for, and the absolute best pillow I had ever had...and I've tried out alot of pillows in my time. Now we were giving all that up to sleep who knows where?!
But, we packed it all up in storage (I couldn't bear to part with it all), and away it went.

It's been 5 months now on the road, and we've slept in many nests. In fact, if I'm counting right, as I write this its 27. I got the idea when I ran into my absolute first really bad bed, that I would take a picture of every bed we sleep in on this journey. Sort of a nest catalog. So I would like to share some of the more interesting ones with you now. A lot of you seem to think we stay in the best of places at all times. Hah. We have not seen a 5 star yet, well, I take that back...we did have a free stay in a really nice place in Auckland as a result of a contest win from Expedia, a pic of that bed coming up. We much prefer staying in apartments over impersonal hotels, but we have stayed in a bit of every catagory.

To start, this is the bed that prompted me to start taking pictures. I hated it with a passion. Drum roll, please.....Guadalajara, Mexico. 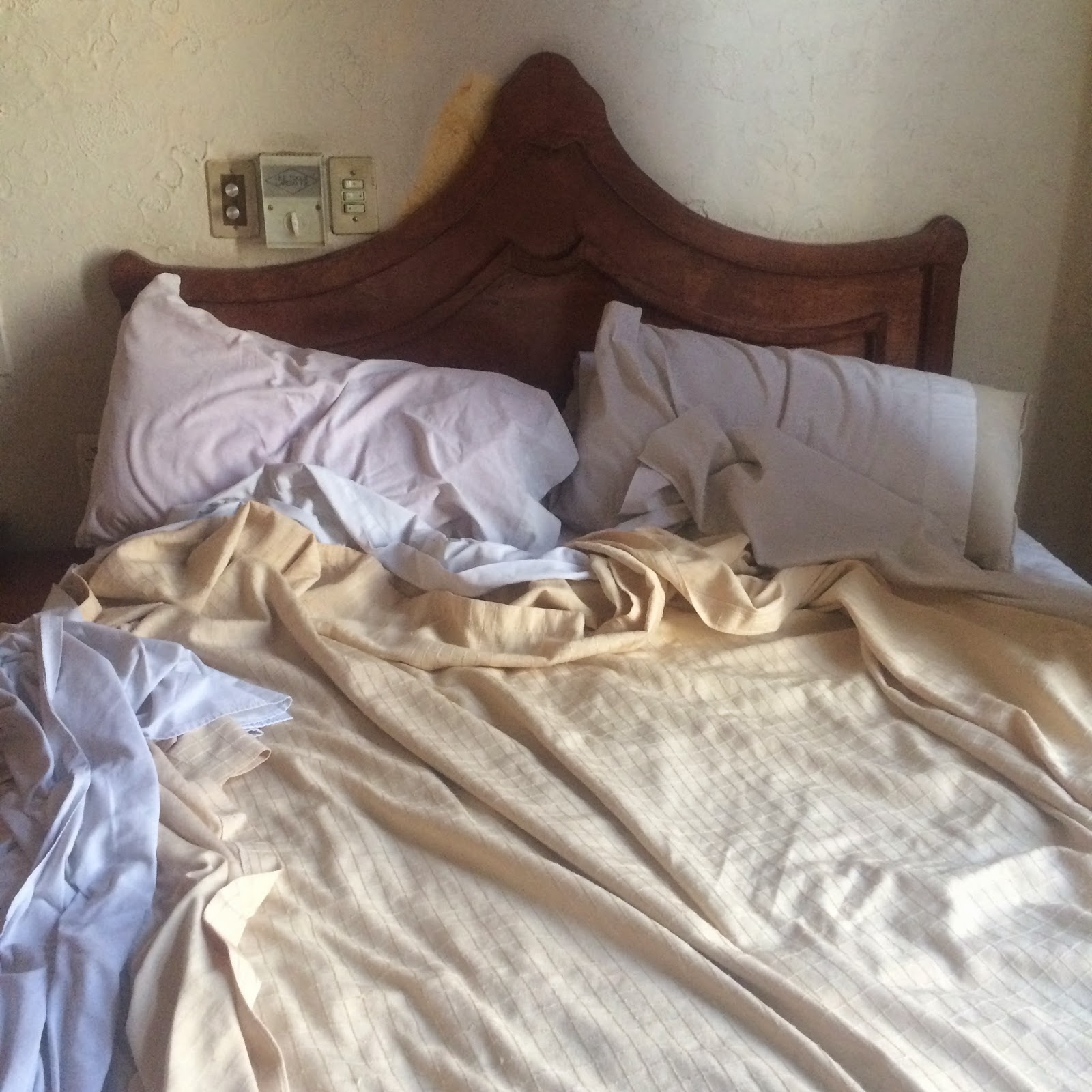 To get the real feel for this bed, you would also have to experience the fact that there was Christmas music playing outside at tremendous volume from 8:00-12:00 midnight, followed by some sort of Mexican disco music until 4:00 am. And this was well into January. Thank the lord, we only had 3 nights in it before we were so relieved to fly out to Auckland, NZ to our "prize" bed: 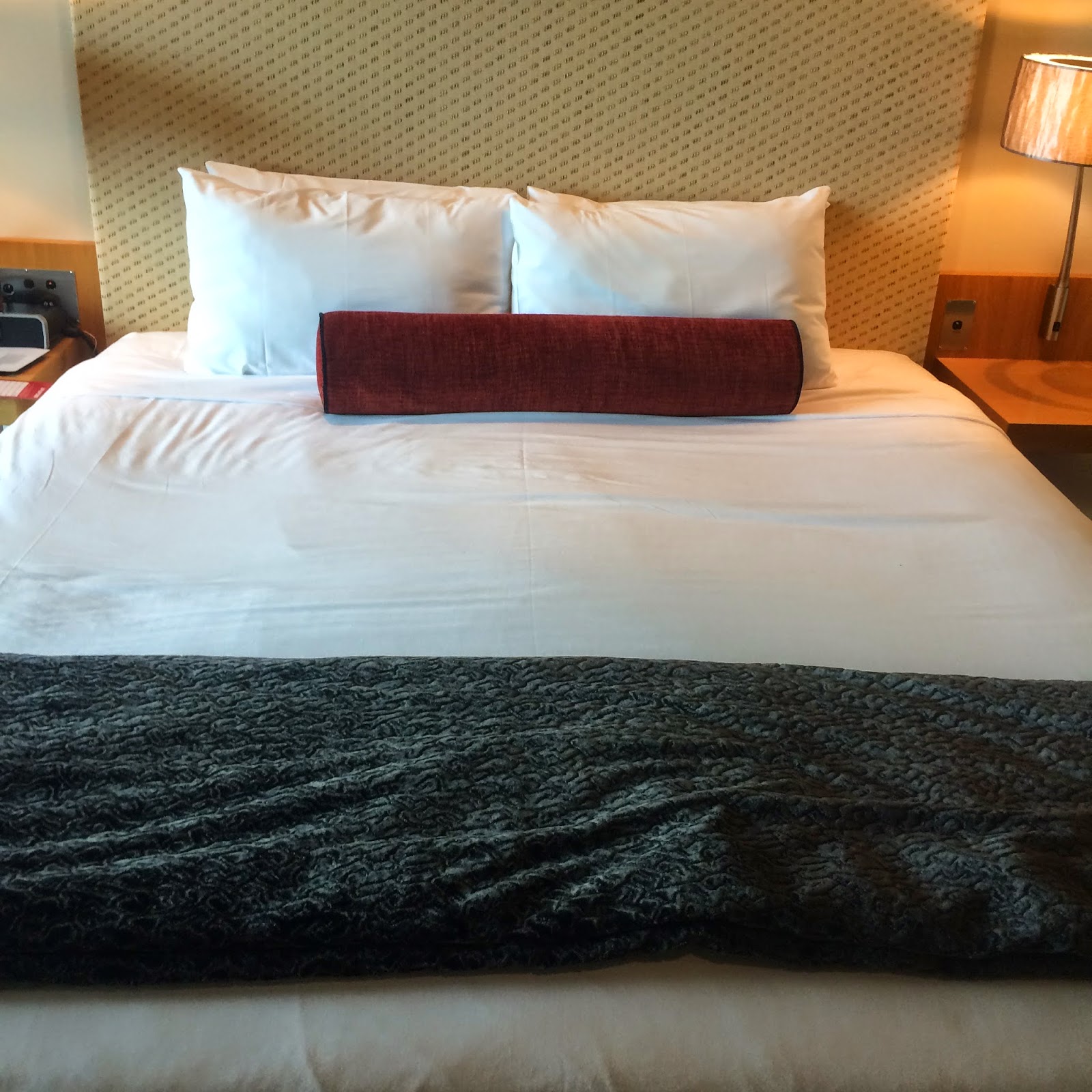 Can you picture me doing the happy dance? Cuz I was.

My romance with this nest was short lived, however, since after 3 days we were picking up our camper van, which we would sleep in for the 21 days. Now, I can't say I hated this nest, because it was actually quite cosy. And there was no way to hate it as it allowed us to fully explore what has to be the most beautiful country in the world. But you know how it happens that you wake up in the middle of the night and really have to pee...and you simply pad into the bathroom? Yeah, that doesn't happen with this. First you fumble around to dress in the dark, not even being able to stand up, and then you walk in the dark to a bathroom. Without your glasses. Which are back in the van. 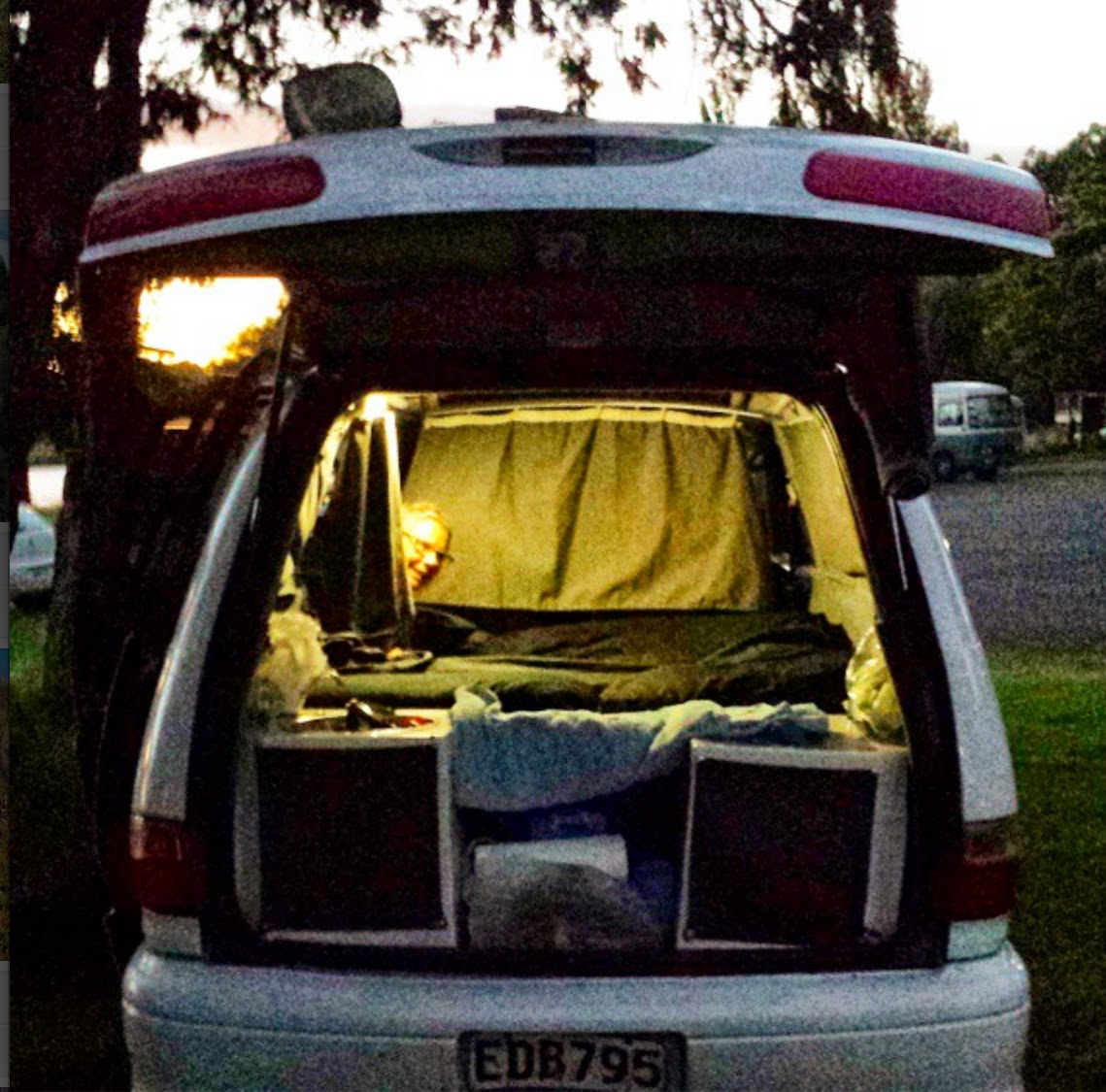 We had mix of nests in Thailand. Too many to show all, since it will bore you to death, and Andy says my posts are too long anyway. (He protests vigorously at this)
Some good, like at the Berkeley Hotel Bangkok: 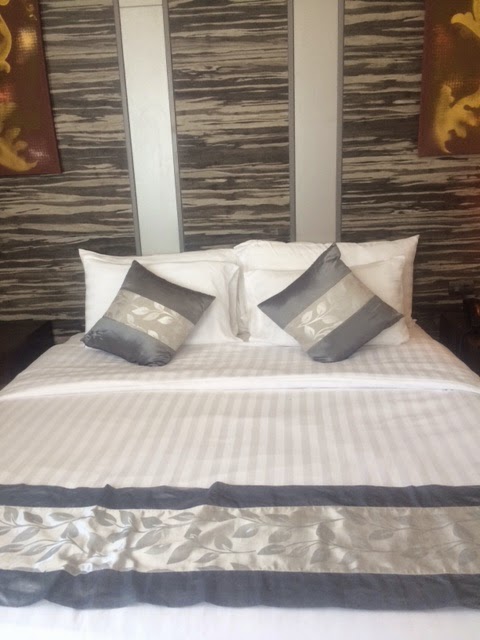 Note the little thingie they put at the bottom? They do that in Asia. I can't imagine what the purpose is, first thing we do is remove it and throw it on the floor.

Some bad, like at this awful place in Chiang Mai: 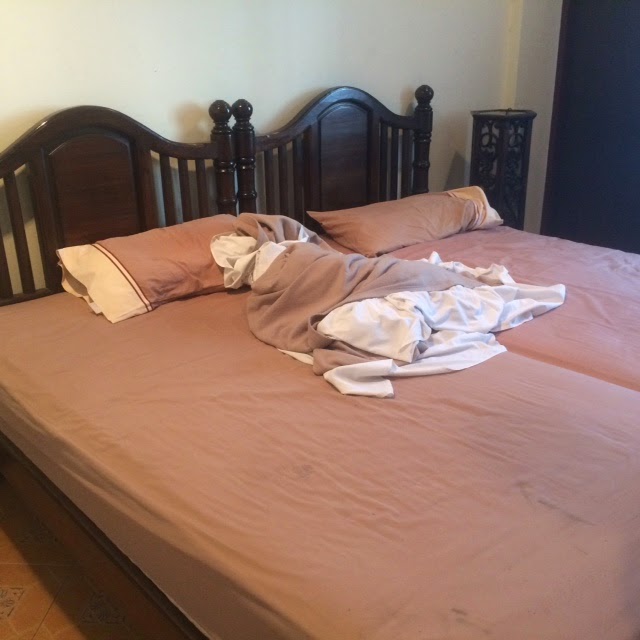 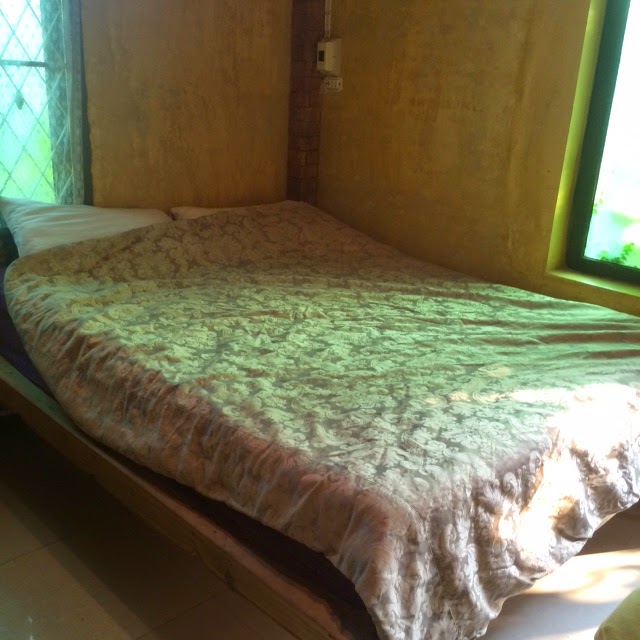 That second bed...it gets to share the award with the lovely Guadalajara bed for worst bed. We suffered through 2 nights. It was awful. I won't go into detail.

Here is our first mosquito netted bed in Thailand, on our farmstay. We were in the mountains, and it was 90 degrees during the day, but at night the hostess would bring us 2 blankets....very cold. 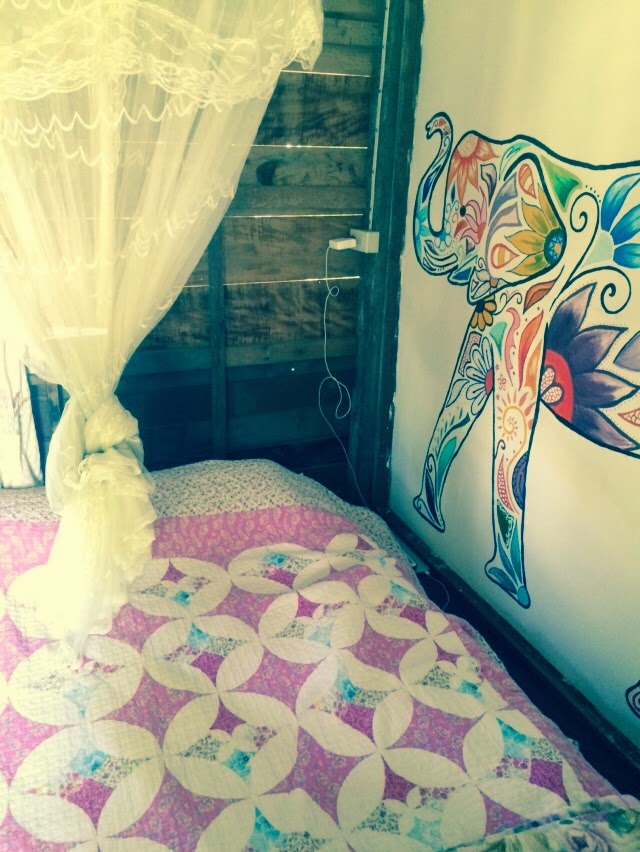 And off to Japan! And wow! Now there was some good nesting! 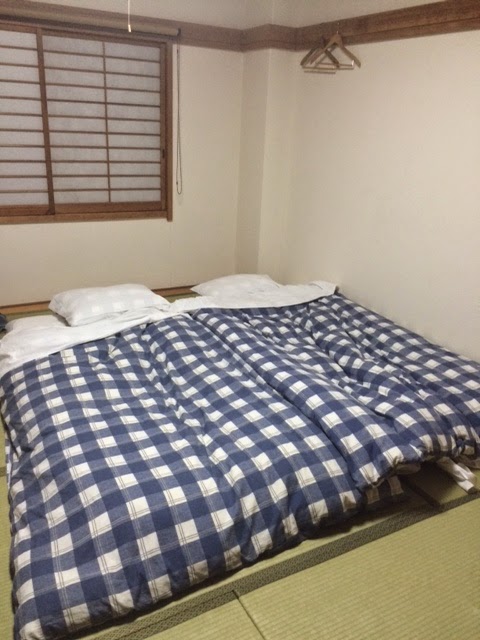 And they even give you jammies!!!! 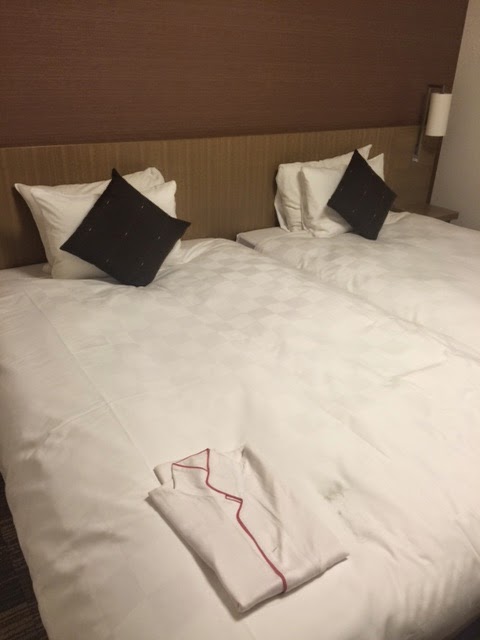 Thats all for now. Maybe I will update again in a few months, but till then the thing I've learned is that its not the quality of the nest...its who you share it with that really makes it home.