Before we start, did you know we also have a Facebook page? We also post a lot more pictures on LuAnn and Andy's instagrams. We sure appreciate when you follow and share! That way we can stay in touch and meet new friends too. Yay new friends! 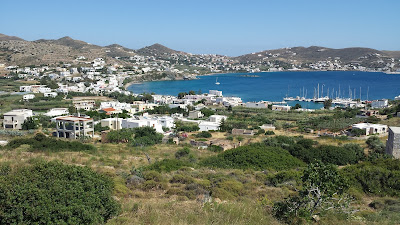 OK so, while waiting at Paleofarsolas for the train to Kalambaka to see the monasteries of Meteora, we met a Canadian named Joe who was on break from teaching history in Berlin. When he heard our plan to go to Paros, Naxos or Mykonos on the way to Santorini since we had a few days free, he suggested we go to Syros instead. He told us it was off the tourist path, and we would experience a Greek island, without the tour groups and cruise ships. So off we went.

We stayed at Hotel Brazzera, right on the beach. It was a lovely typical family run hotel with a balcony looking out over the water. We had fun driving around on a rented scooter and generally just relaxing. Many roads were quite donkey track-ish and I scooted down them wildly while LuAnn squealed in my ear. Good fun. 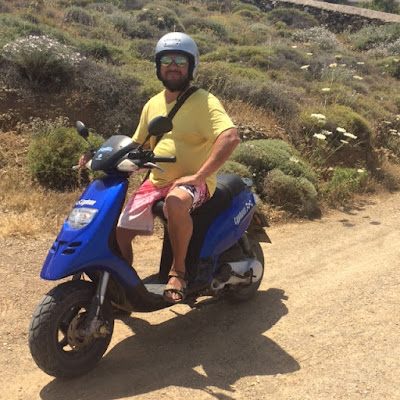 The first night the hotel had double booked us so they stuck us at their sister hotel (meaning "my cousin's hotel") next door and it was rough. Twin beds, no screens (screens are something we have not encountered anywhere outside the US, to which we wonder why) and so at least 30 mosquitos on the ceiling in the room. Yikes. LuAnn had to come fetch me from jamming at Cafe Neon, the pub next door, to help kill them all. 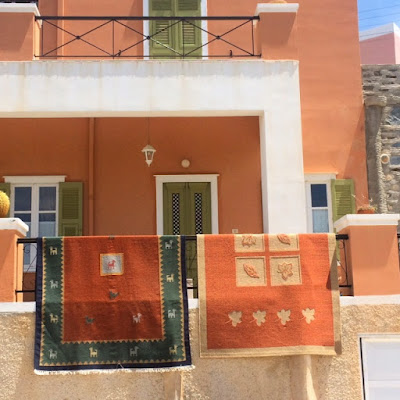 The next couple nights were much better, sea view, good breakfast, terrace... all in all a very chill place. I'm afraid it gets short blogging shrift because there is so much more to write about and we are getting behind. I highly recommend it though. It's a nice non-touristy place in the Greek islands. 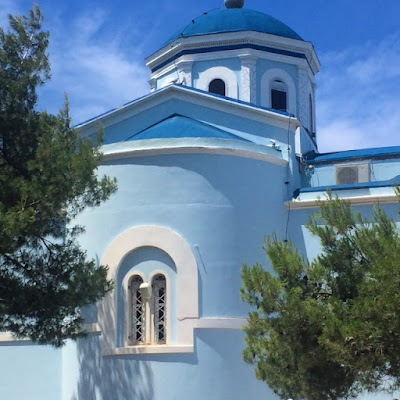 One notable event was meeting two college teachers from Colorado, Barry and Lisa Hughes, who were taking students on a sailing cruise for the summer session to go to places in the Greek islands and study the history. My kind of gig! We were a bit jealous of them, only to find out they were a bit jealous of us and our travels. Ha-ha! 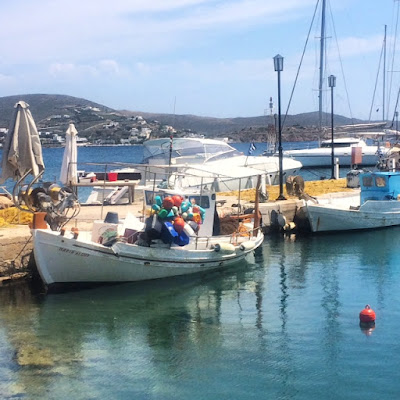 All in all a really cool, laid back and fun Greek place. If you go be sure to visit Cafe Neon and tell Adonis we said hello!
Posted by Andy at 5:51 AM