First of all, let me say that Meteora, Greece was unbelievable. Many more pictures HERE and HERE. We got the subway from Monastirski station to Larissa station, Athens where we got the OSE train first to Paleofarsalos and then to Kalambaka. The trains were all kind of old and beat but they got the job done. It was a funny experience, the train stops at weird times, everyone gets off for a smoke, things like that. So Greek! 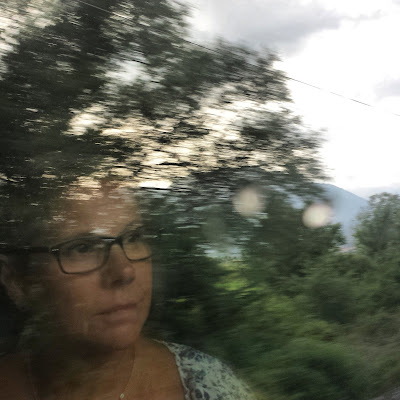 Let me just say that Paleofarsolas is about as close to the middle of nowhere as I've ever been. I mean just miles and miles of nothing in every direction, or at least that's how it looked from the station. 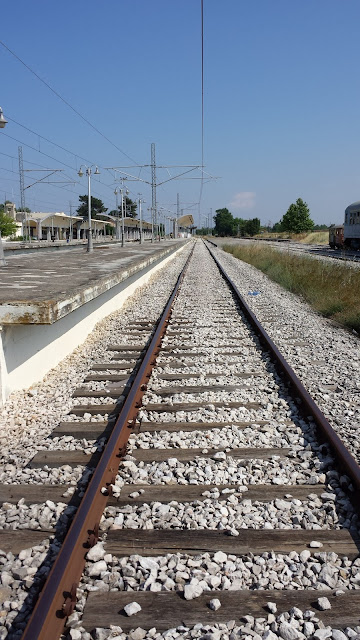 There we met Joe, a Canadian on vacation from teaching history in Berlin, and he counseled us to skip Naros, Paxos and Mykonos and go instead to Syros, the capitol of the Cyclades but that's for the next post since we did it.

We stayed at the Hotel Kastraki and again I have to rave about the accommodations. It was the cleanest hotel I think I've ever stayed in and the view was beyond stellar. Like most small businesses in Greece, it was family run. 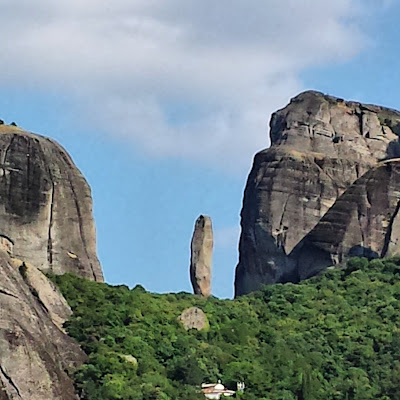 The first night we laid low and ate at the Taverna right across the street. In fact, we ended up eating there every night, since we could see the father manning the grill from our hotel window, along with the delicious smells. Next day was kind of cloudy but we had an amazing time taking the bus to The Great Monastery of Meteoron and it was breathtaking, especially the hike up the 300 stairs!

I kid, the museum and especially the 8th century manuscripts (which we couldn't photograph) were astounding and beautiful. Back in the days before the stairs were put in, the monks were hauled up with a huge winch in a net, curled up like a fetus. Imagine that! The original winches were still there.

My personal favorite was the music. Before Guido of Arezzo invented the Guidonian hand (way before today's music notation) these guys had Neumes! There's your geeky music theory/history study for the day! The hand copied versions were stunning. I did get some other pictures though!

The Ossuary, not for the faint of heart! 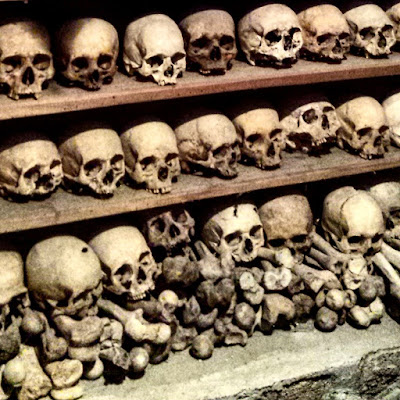 The views were killer, and The Matador Network even featured on of my photos on their instagram feed! Woohoo! 2000 likes! Internet fame! LOL 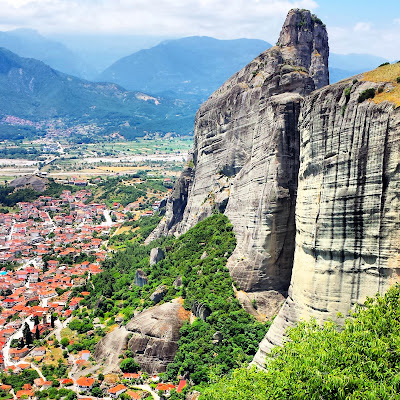 We went to 4 of the 6 monasteries (Grand Meteora, Varlaam, Rousanou, and Holy Trinity. All were beautiful, and the hikes down the mountain were great too. To imagine what it took those monks back in the 5th century to even build these, boggled the mind. We read that it took over 20 years to just get the needed building materials up to the top of the rock.

The actual buildings were completed in relatively short time. The inside of most of these monasteries were not permitted to be photographed, but some still had the original painted murals throughout, while others had astounding recent murals. Most of these murals illustrated the suffering these monks had experienced here throughout the centuries-many scenes of heads rolling at the expense of the Turks. There sure was some horrific history there! 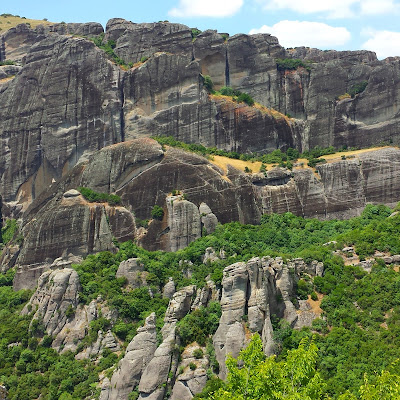 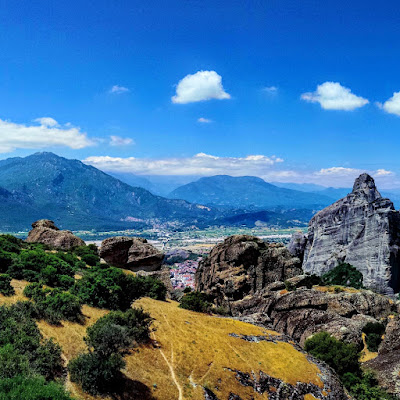 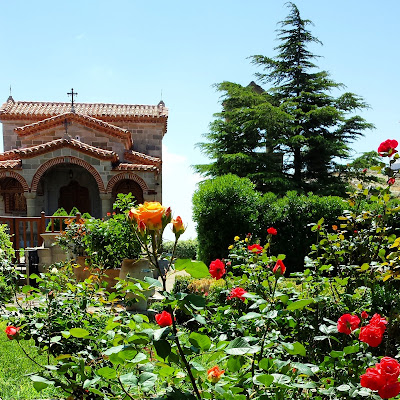 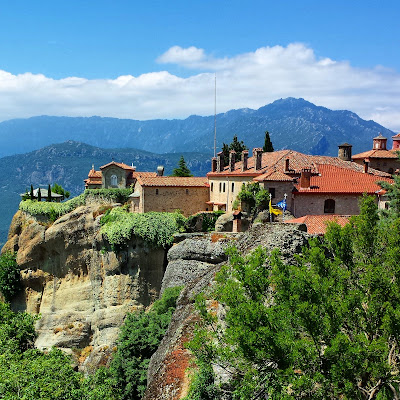 There was a big museum of Greek history in one, which was very enlightening and fun to see all the Greek army uniforms and all the WWII memorabilia. The hand copies of Plato, Aristotle, Alexander the Great and all the Greek philosophers, plus music and the later printed copies from the 13-17th centuries were just astounding though. I can't recommend this enough if you are interested in history, art and religion. There were also some people crazy enough to climb these things!

We went to a local pub where these musicians were playing traditional Greek music with accordion, clarinet, hand drum and tambourine and singing. It was the wildest Gypsy jazz I ever heard and I wish I had video taped it. LuAnn liked the beer though! 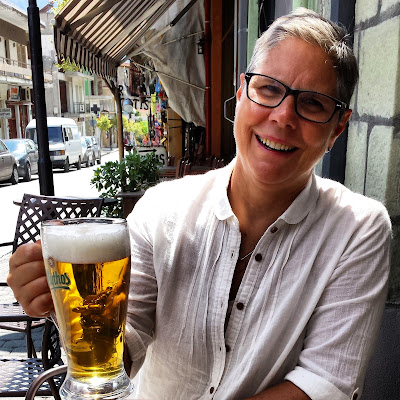