Have you seen our Facebook and LuAnn & Andy's Instagram? Not sure how to handle us being in two different places for blog purposes. I guess LuAnn will have to write her own about her two weeks in Jacksonville. Weird. Here's a pic she took there: 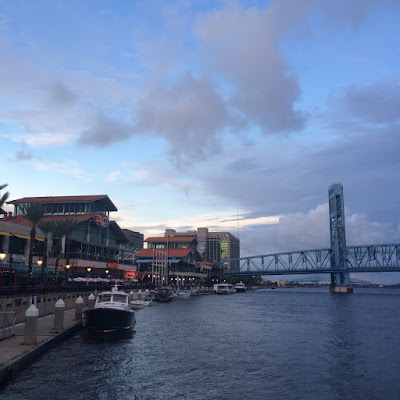 Thursday AM I got the rental and drove her to Heathrow and checked her in. We had breakfast and said adieu at the security line where they immediately flagged her for a thorough pat down and interrogation. I wonder if this is because we've traveled so much, especially through Indonesia, or if it was just random. I guess we'll see when I go through at the end of the month. 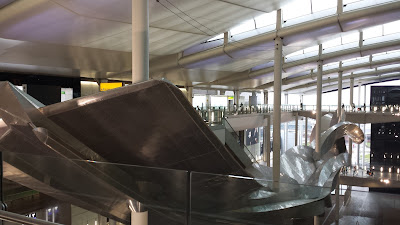 I drove back in the pouring rain to Worcester, went to the Vodaphone to top off my international minutes and, of course, it was a rip off. Despite what they told me about how easy it was to top off when I bought the SIM it turns out I can't top off at the 'good' rate until the end of the month; useless. 70 pence a minute. Thanks a lot. 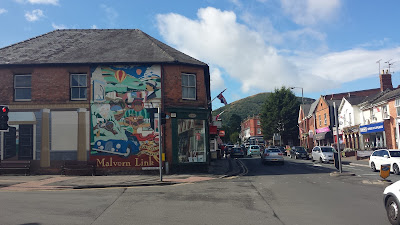 I haven't actually done the math but when you factor in what an absolute pain in the ass the phone thing has been I think I should have kept my old US number and just bit the bullet. Some people seem fine with changing numbers every month and constantly running out of bandwidth or minutes when they need them most, in places they can't top off easily, but to me that was one of the biggest hassles of the whole trip. 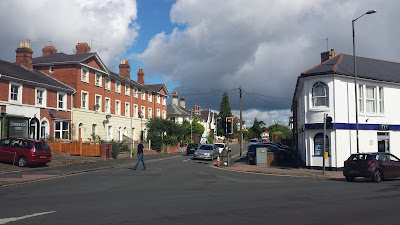 Anyway, I had a spot of lunch, went home to the hound, had a couple pints at Gloster Arms and packed it in. Next day I did pretty much f*ck all, as they say here. I read Vinnie Jones' biography "It's Been Emotional" at the suggestion of a local friend, Tim, and it was great. I went to the Arms again for a Who tribute band called 5:15 who were pretty damned good. It was pretty much bucketing down rain all day so the barbecue they had planned was canceled. 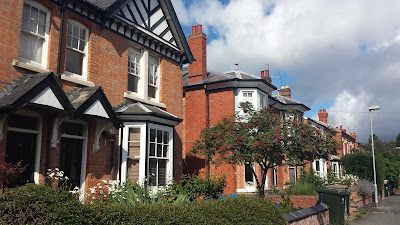 Sunday I again did 'not much'. Slept in, watched movies, worked on the blog; truth be told I'm a little blue and missing LuAnn. In 9 months of constant often times stressful travel we've exchanged nary a cross word. That's pretty impressive if I say so myself. Along the way we've seen some pretty bitter fighting among other couples traveling and they were just on vacation. So yeah, I miss my partner pretty bad. I have the hound to keep me company and make me laugh but it's not the same. 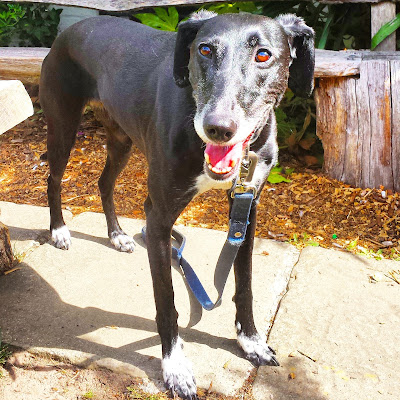 I've been spending  time working on my CV and applying for jobs in Jacksonville. Had a few bites and at least there seems to be some to apply to. I'm kind of hoping to do a few different things, scare up some photo work, music stuff, etc. Since LuAnn's insurance will cover me I might be able to make it work at least until I find something in QA land. Here's a few pix of town: 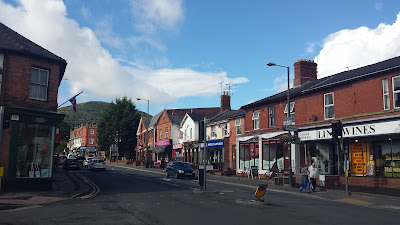 I don't really know what this means for WeTrotAbout but I figure we'll keep it up by documenting our travels in and around Florida and talking about stuff we learned in our year of traveling. We've had many questions about how we planned all this, how we packed, what we liked best, or didn't like, that we'd like to answer at some length. I think we will return to the nomadic lifestyle sooner or later, but at a much slower pace. Moving every few days or even weeks is not sustainable. at least for us. 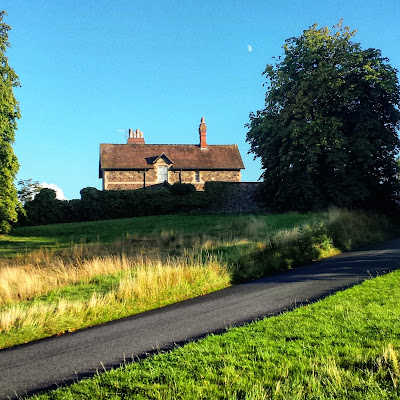 I feel like i'm not going to get in much blog worthy sightseeing or anything without LuAnn around so we'll see what happens. The shower broke here and trying to sort a plumber out has been a big fail. No one picks up their phone or returns calls or messages. Strange! Baths for me! 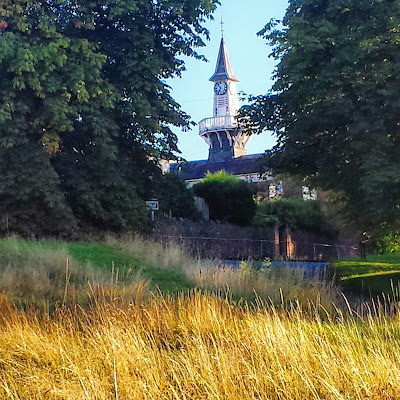 Monday I got some recording & writing in but still haven't really finished anything yet. I hope I can get that done. I had to stop when I caught myself at 1AM still working. Whoops! Don't want to keep the lodger awake! Battling a little depression without the wife which is so strange! I haven't felt like this in so long it's a bit shocking; a reminder that even when you have a great life you can feel crappy. Other times...


Tuesday I did a bit of gardening & cleaning and took the pup to the pub for lunch. Everyone at the Nag's Head is so nice and they all love Nessie, the staff and punters both. Then I came home and watched a couple Louis CK specials on youtube. I've re-watched a bunch of old movies in the last few days which again is a symptom of depression-related life-avoidance. You know it's bad when you get all hyphenated. I don't want to listen to what I recorded or work on it for fear it's shite. Oh the artist's craziness. I want to try standup and have been putting together some stuff to try that. 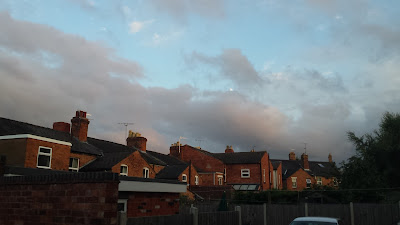 Wednesday. Yay! Another cold and rainy day! Ugh. Since I stayed up watching youtube I slept until 1PM. You can tell I'm not myself. A plumber finally got back to me! He can't come until after I leave. Anyway he basically said the shower sounds busted and since the owner isn't springing for a new one...baths for the duration. Did some food shopping and checked on LuAnn's painting. It hasn't arrived in PA so that's bad. I really don't want her to have to do another one and I don't want to return the money either so we pray to the gods of the post office to git 'er done. Meantime, churchbells!


Thursday and Friday were pretty much lost. I watched movies and generally felt bummed.  Went to the pub and tried to sort out living arrangements and cars which was a loss. Ah, but the painting arrived, so yay! Saturday was better. The weather was fine so I did laundry, cleaned up and generally improved my state. I had a crazy moment where some douche with the smallest dog on a leash and the biggest rottweiller NOT on a leash. Both decided to have a go at me and my dog. Jesus! Miraculously no blood was spilled but I was ready to kill the guy with the dogs. Spent a bit of time on the phone with LuAnn sorting apartments and made some progress. 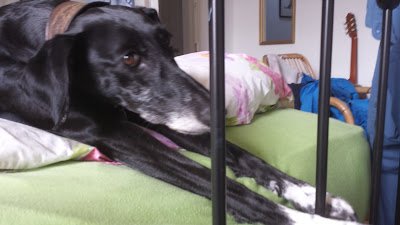 That night I went out with Jason & Pearl and met up with Neil, Paul & Mary, Kerry & Alexis at Kev's birthday bash and we all had a fabulous time. Chris and Sue got into a drunken fight and reminded me once again how great my life is. Sunday was the jam session at the Unicorn with Jason (Pearl's beau) and Neil, who did a sterling Bob Dylan impression. I played a few of my originals which were well received. Then we went to the Nag's Head and I entertained the crowd there until closing time. I cleverly failed to get pictures of any of that so here's two ducks with shoes: 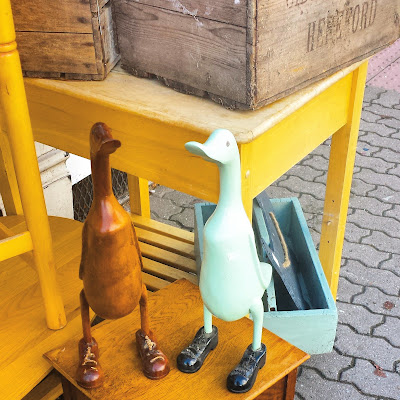 Monday I slept late, then went to the jam at The Grand Malvern (pronounced "Mullvuhn"BTW) Hotel and it was packed. Enzo got me onstage and I again played some of my new songs to great applause. After I went with some fellows, including the organizer of Malvern Rocks, to the after hours place and rocked some more. I found my calling at the pulpit: 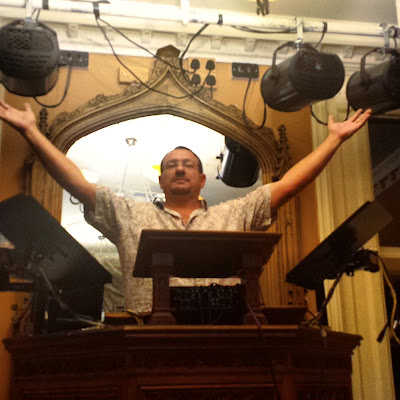 Tuesday and Wednesday were mostly a waste as I was again feeling sort of low, just watching movies and snoozing. Oh yes, had a couple phone interviews for work in Florida. Thursday I was up and at 'em, cleaning, packing, organizing a car to get to Heathrow in, doing laundry, et cetera; exciting stuff! Friday I'll be in Boston, Saturday NY, Sunday DC, Monday VA, and by Tuesday I should be at my new digs in Jacksonville Florida with the wifeypoo! Yay!!!!!