Time for a #WeTrotAbout update! Alabama Getaway is, of course, a famous Grateful Dead song! With the onset of Hurricane Matthew we were faced with cowering in our house waiting to either flood out or blow away. Liking neither option, we chose the third way: When the going gets tough the tough go to the beach. Therefore we booked hotels in Gulf Shores, Alabama and Pensacola, Florida far from the ravages of the storm. 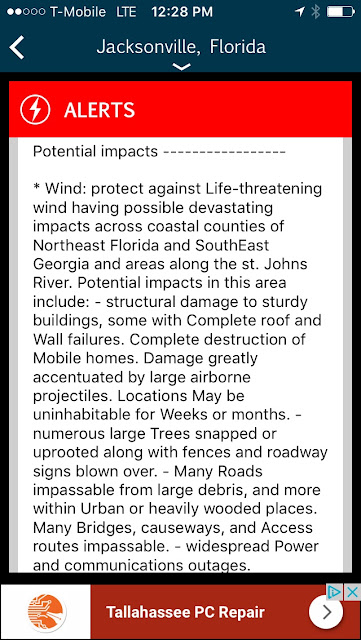 When the choice is to suffer the slings and arrows of outrageous fortune, or to take arms against a sea of trouble and by opposing end them? Yeah, oppose; if you have to choose between worrying about something you can't control, or taking positive action always choose action. This we did. 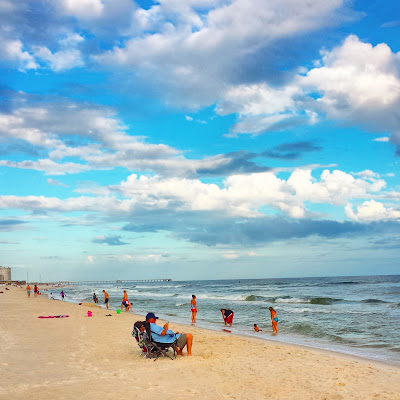 The drive out was uneventful and we stopped in Tallahassee at the craziest little oyster joint called Bird's Aphrodisiac Oyster Shack  Lunch was yummy but it upset my tummy a bit. Baked oysters with bacon, spinach and cheese was delish and didn't bother LuAnn so maybe it was me. 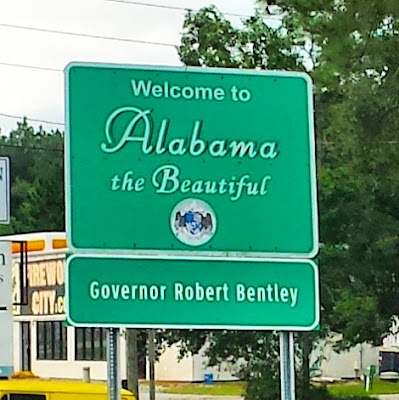 Anyway we got to the Holiday Inn at Foley Alabama, dropped off the guitar collection and hit the beach. We had a laugh over taking the guitars on a mini-vacation, but I wasn't going to leave them to the flood! For dinner we headed to Tin Top Restaurant Apparently Oysters were the theme of the weekend. Also seafood stuffed mushrooms, red shrimp and more! Also beer. Live music by the very excellent Mr. Logan Spicer. After a lovely night's sleep we spent the next day at the beach, with lunch at The Hangout 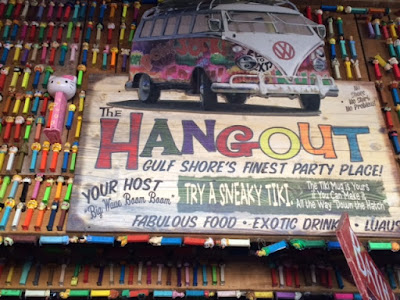 Then headed to the Bon Secour National Wildlife sanctuary 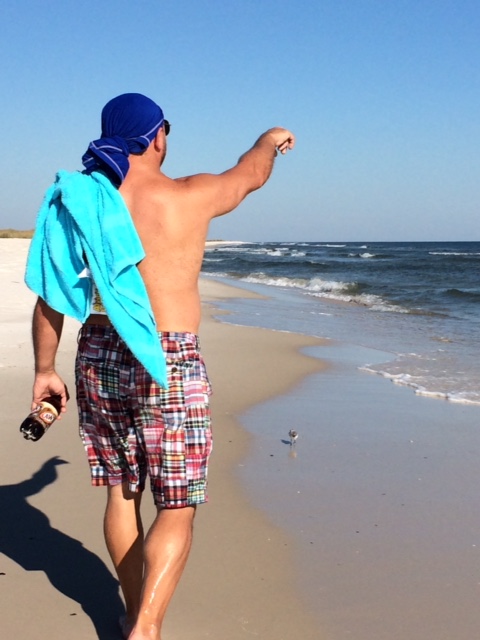 The place was gorgeous with an even nicer beach. 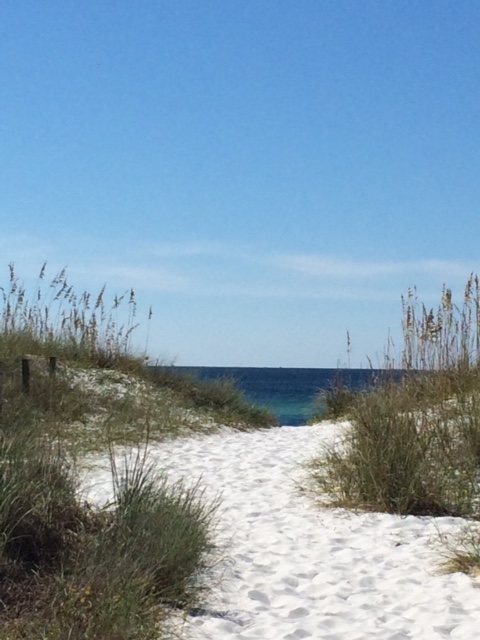 They really don't want you to feed (or be food for) the alligators though. 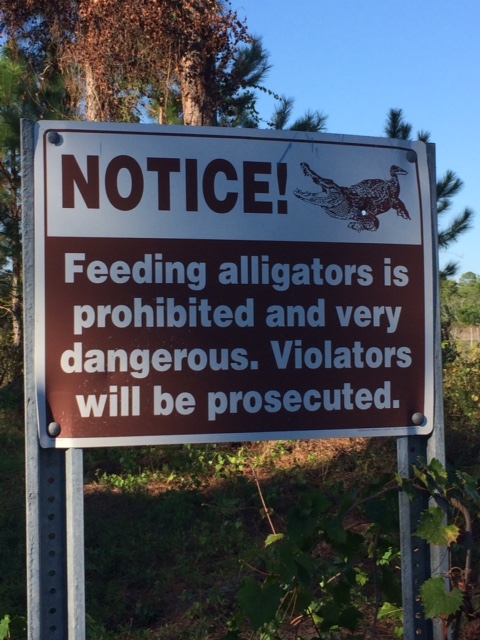 We drove over the ridiculous toll bridge there to try to go to Big Fish,but every restaurant in Orange Beach
had lines out the door and traffic to match so we went back to Tin Top for another delicious meal that
couldn't be beat. Alas, no live music this time. The entertainment was limited to a fat, drunken middle-aged
punter assaulting female patrons by dancing suggestively at their tables. Obviously a Trump supporter.
Shockingly he wasn't ejected. I seriously considered assaulting HIM when he got a little too close to my
wife but she restrained me. Probably for the best. I have no desire to be involved in the legal system in
Alabama or anywhere else. 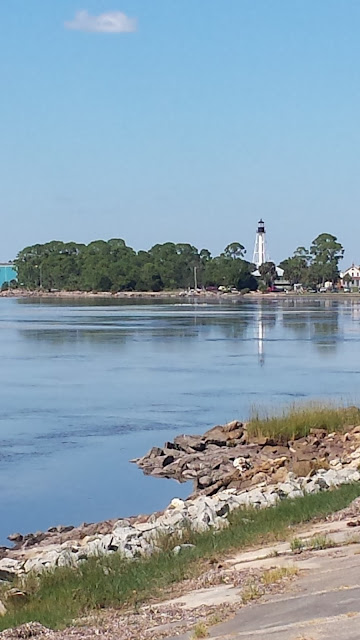 After a not so lovely breakfast at the Holiday Inn Express we discovered that the house was undamaged
but the power was still out and they hotel had no more rooms except a $300 suite, so we booked a room
at the Pensacola Grand. On the way there we stopped at several of the antique stores there.
I swear they have the funniest crap sometimes! The hotel was indeed grand. We dropped of the guitars
and headed into town for a little street fair there. Amazingly, Rachel, the broker who put up with our
shenanigans and got us our house, also ended up in Pensacola, running from Matthew.  Unbelievably,
we were driving by the Greek festival she was attending at the precise moment she was crossing the street.
We didn't even know where it was! Truly a shocking coincidence. 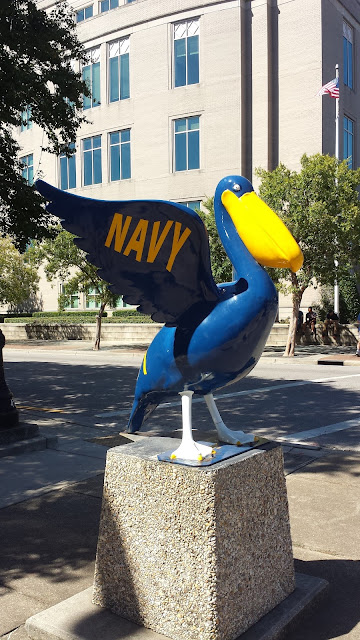 We headed downtown and had a nice lunch at the wine bar there, then went antiquing some more.
Later on we decided the hotel restaurant was too sketchy. It was huge and empty. That's never a good sign,
so we ended up at Carraba's because what the hell? It was close and easy.
One down side of this whole operation was that there was no chance I would make it back to
Jax for the IBC (International Blues Competition) I was supposed to play at, but some things you
just can't control. So that was sad but there will be next year one hopes. 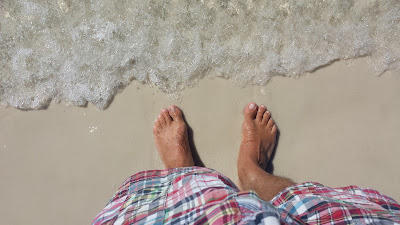 Next day we got up and headed out, deciding to take the scenic route back since we wanted to see the Gulf Coast anyhow.
There was some amazing stuff. The Pensacola coast was beautiful and Destin looked very promising.
Panama Beach wasn't so great but we really loved Mexico Beach and want to go back, and explore a bit more.
The whole area would really lend itself to motorcycling and/or RVing. 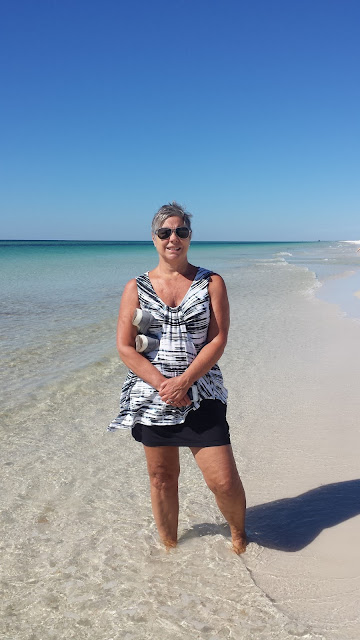 We ended up in this weird little town called Watercolor. It was the scariest Stepford town ever.
Every house the same, all the white people in thier BMWs...it really reminded me of
the town in The Truman Show. There were tons of bicycles though so that was cool. They
were having a little festival but I was too freaked by the crowds to stay. 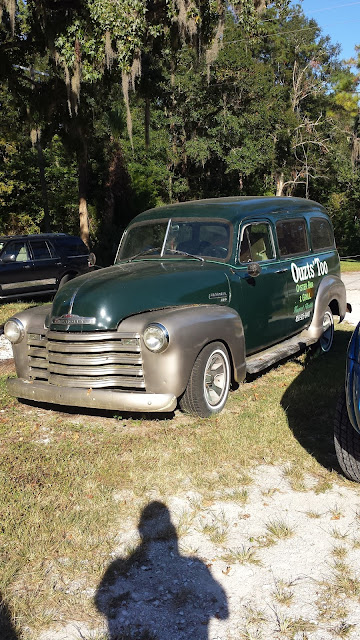 We stopped at a biker bar, Ouzt's Too, much more to my liking for lunch.
They had a rock band outside and bacon wrapped shrimp, fried oysters- OK! 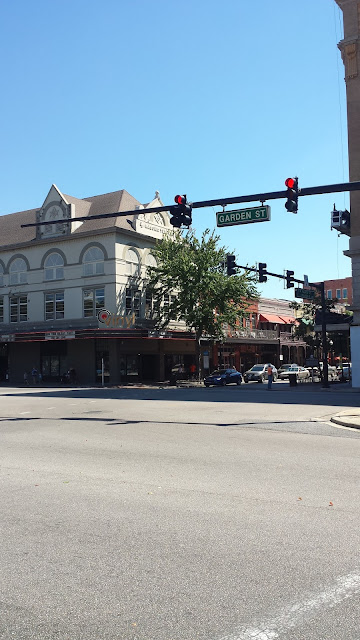 The drive through Apalachiacola, Big Bend, Tate's Hell and all the Nature preserves there was just great.
Gorgeous country! Lots of military stuff down that way too, Airforce bases & military installations of all kinds.
We drove through Perry, Shady Grove and a bunch of other small towns there to avoid traffic on I-10 and
finally made it back to Jax around 8PM.

The power was on, the food wasn't spoiled in the fridge and no visible damage except a royal ton of
leaves in the pool. I fished most of them out and then we watch the hilariously SNIFF awful SNIFF 2nd
debate. A disaster! SNIFF Can't wait until that's all done with. #DuckFrumph. Its a diss-ass-ter!

So there you have it! Another successful adventure with #WeTrotAbout! See you on the intarwebz!
Posted by Andy at 6:39 AM